The Georgia House recently passed an interesting bill which would make it mandatory for physicians to reveal their malpractice insurancestatus; whether or not they are insured. House Bill 147 still needs to be approved by both the State Senate and Governor Nathan Deal.
The House passed the bill by a vote of 150 to 20 without anyone speaking in opposition. Medical malpractice attorneys believe the passage of this bill would be a strong step forward for patients who would now be able to find out if their treaters would be covered in the event of medical negligence.

The Assumption that All Doctors Have Malpractice Insurance is Misguided 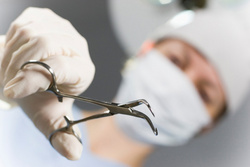 This piece of legislation would allow patients to find out if their physician is insured in the tragic event of medical malpractice. Rep. Ben Watson stated, “this is part of how a patient can judge a physician.” In the event the bill is passed, anyone could go through a website run by the Georgia Composite Medical Board and request information. Patients take on an enormous risk when deciding to undergo a medical procedure. Medical malpractice attorneys believe that it is a fair result to allow patients to research a doctor and their insurance coverage before electing to trust them to perform the procedure correctly.

Sharon Cooper, the Georgia House Health & Human Services Chairwoman, estimated that the number of uninsured physicians was approximately five percent, which may not seem like a startling figure, but it still presents significant risks for patients who engage in procedures with those doctors. A majority of medical malpractice attorneys believe that requiring physicians to disclose this information through surveys will help safeguard patients. Doctor’s who choose to save money by forgoing the purchase of insurance, or those who cannot obtain insurance due to a history of medical malpractice may be less than trustworthy with certain procedures and treatment. Patients should be able to steer clear of doctors who would not be able to pay for their own negligence, who would be liable for personal assets, and who are sheltering assets from the court.

If you have recently undergone a medical procedure and are still in an amount of pain that you believe can only be attributed to medical malpractice or negligence, you have legal rights. Please contact the Mininno Law Office for a free case evaluation, or call for a free consultation at (856) 833-0600 in New Jersey, or (215) 567-2380 in Philadelphia.

Two nights before President Obama’s State of the Union Address, Republican Phil Gingrey introduced a bill to the House that would severely limit the amount of compensation that victims of medical malpractice could receive. What’s a bit more interesting is who Phil Gingrey was before he sponsored a tort reform bill.

For 30 years before he was elected to congress, Gingrey was an obstetrician; an obstetrician who was involved in his fair share of malpractice lawsuits. And one of those suits settled for $500,000.

His patient, a young pregnant woman, had acute appendicitis that went undiagnosed, and therefore, untreated. The appendix burst and an infection spread throughout her body that killed her fetus and caused a severe stroke.

It’s no wonder Phil Gingrey introduced a bill that would make it easier for negligent doctors to continue practicing negligent medicine; he used to be one of them.

Taking away the rights of injured patients is not the way to repair our health care system. Perhaps another route would be to fix the actual problem: the alarming frequency of injuries and death brought on by medical malpractice.

If you or a loved one have suffered medical malpractice at the hands of a negligent medical provider, contact the Mininno Law Office for a free case evaluation, or call for a free consultation at (856) 833-0600 in New Jersey, or (215) 567-2380 in Philadelphia.