Two nights before President Obama’s State of the Union Address, Republican Phil Gingrey introduced a bill to the House that would severely limit the amount of compensation that victims of medical malpractice could receive. What’s a bit more interesting is who Phil Gingrey was before he sponsored a tort reform bill.

For 30 years before he was elected to congress, Gingrey was an obstetrician; an obstetrician who was involved in his fair share of malpractice lawsuits. And one of those suits settled for $500,000.

His patient, a young pregnant woman, had acute appendicitis that went undiagnosed, and therefore, untreated. The appendix burst and an infection spread throughout her body that killed her fetus and caused a severe stroke.

It’s no wonder Phil Gingrey introduced a bill that would make it easier for negligent doctors to continue practicing negligent medicine; he used to be one of them.

Taking away the rights of injured patients is not the way to repair our health care system. Perhaps another route would be to fix the actual problem: the alarming frequency of injuries and death brought on by medical malpractice.

If you or a loved one have suffered medical malpractice at the hands of a negligent medical provider, contact the Mininno Law Office for a free case evaluation, or call for a free consultation at (856) 833-0600 in New Jersey, or (215) 567-2380 in Philadelphia. 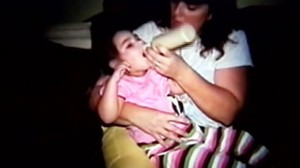 Kiarra Smith was born 3 months pre-mature and weighed only one and half pounds. Life began as a struggle for the tiny infant. Fifteen days after her birth, Kiarra was given an extreme dosage of nutrients, over 100 times her prescribed dose. The error led to cardiac arrest and other severe complications, including blindness.

Kiarra is permanently injured as a result of the overdose, and will spend the rest of her life in need of constant care. The Lee Memorial Health System commented on the the tragedy, saying:

“We acknowledge that a serious error occurred. Medical experts who reviewed the matter at our request believe that the child’s condition is a result of complications related to her extreme prematurity because she was born three months early and weighed one-and-a-half pounds.”

A Lee County circuit court awarded the Smith family $19.2 million in damages, but due to current malpractice reform caps in Florida, as well as sovereign immunity, the award could be diminished to only $200,000.

Hopefully, Kiarra and her family will receive their due compensation and justice will ultimately be done. Kiarra’s life will surely be one involving special and expensive medical treatment; treatment that $200,000 is never going to cover.

If you or a loved one have suffered at the hands of a negligent medical provider, contact the Mininno Law Office for a free case evaluation or call for a free consultation at (856) 833-0600 in New Jersey, or (215) 567-2380 in Philadelphia.
Our medical malpractice attorneys are dedicated to earning compensation for patients who have been seriousley injured by negligent medicine.

Last week, Republicans introduced tort reform legislation that would make serious changes to current medical malpractice liability and infringe upon the rights of patients nationwide. Malpractice liability has been a hot topic of debate for quite sometime, and after the introduction of this bill, many people have varying opinions on the issue.

While the bill has a good chance of winning passage in the House, it most likely will face intense opposition in the Senate. Senate Judiciary chairman, Senator Patrick Leahy (D-VT), has always opposed caps on damages and instead supports lifting anti-trust immunity for insurance companies in hopes of sparking competition within the industry and subsequently lowering premiums. 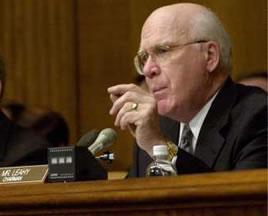 White House aides have provided that President Obama is strongly opposed to placing caps on damages for injured patients, but would be open to utilizing other avenues of resolution, such as “health courts” or special arbitration systems.

Illinois and Georgia have recently struck down state-wide caps on liability, arguing that they violated their state constitutions. Liability caps are an unfair advantage to insurance companies and severely negligent medical providers, as it is in the worst cases that juries are inclined to offer large sums of money for pain and suffering.

California has been using a cap system since 1975 and claims that those caps are what keep insurance rates low. However, consumer groups in the state maintain that California’s regulations on insurance rates are what serve to keep premiums low, not their caps on liability.

If tort reform is a way to keep premiums low, why not skip the middle man and fix the actual problem; insurance companies charging astronomical amounts of money to protect their clients. Limiting the awards to an injured victim of malpractice may or may not change insurance premiums. Without regulations on the industry, insurance companies will remain free to charge whatever they like. The answer to our current healthcare problem cannot be found by limiting patient rights.