When surgeons unintentionally operate on the wrong level of the spine, many patients file lawsuits. Lawyers have found that this is the second most common type of medical negligence behind only OB/GYN physicians. Medical malpractice attorneys point to the case of Douglas and Brenda Ray. vs. Mignucci, from 2004 in Texas. That jury awarded the plaintiffs $134,000 when the surgeon operated on the wrong disc. 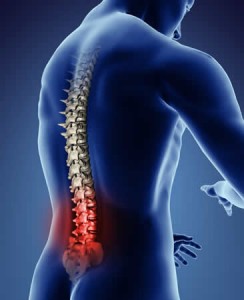 In that case, Doctor Luis Mignucci accidentally removed the T5-T6 thoracic spinal disc instead of the T6-T7 disc. The doctor blamed his mistake on the MRI image which he claimed was unclear, as well as the height of his patient. The patient and his wife filed a lawsuit against the doctor in which they asked for lost wages, medical costs, and non-economic damages such as physical pain, mental anguish, loss of consortium, and loss of household services. Thankfully, the jury found in favor of the plaintiffs and awarded $94,000 to Douglas Ray and $40,000 to his wife, Brenda, for loss of consortium. This field is particularly prone to incidents of medical malpractice and therefore doctors need to be on the look out and attempt to protect their patients against significant injury. Physicians and surgeons should insist on clear imaging before beginning an operation and they should be increasingly careful in counting vertebrae before beginning an operation.

If you or a member of your family has recently been the victim of medical negligence, it is possible that you would like to speak with our professional attorneys. Please contact the Mininno Law Office for a free case evaluation, or call for a free consultation at (856) 833-0600 in New Jersey, or (215) 567-2380 in Philadelphia.