As New Jersey and Philadelphia DePuy hip recall lawyers, we are frequently asked whether or not DePuy hip recall patients can trust their orthopaedic surgeons to give them honest, fair, and impartial advice regarding the recall. After all, this orthopaedic surgeon was the one who initially recommended the patient receive the DePuy product in the first place. However, while a small percentage of orthopaedic surgeons may have initially been offered financial incentives by DePuy and Johnson & Johnson to utilize the implant that has since been recalled, many surgeons likely chose the implant based on DePuy’s marketing of the benefits of its product. Also, while some orthopaedic surgeons may have accepted honorarium or speaking engagements money from the Johnson & Johnson subsidiary in the past, now that the implant has been recalled, it is unlikely that any orthopaedic surgeon would jeopardize his or her career by accepting further monetary compensation to promote a recalled product. 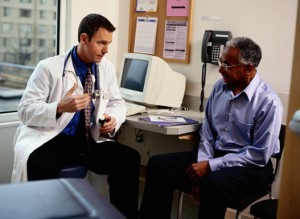 As New Jersey and Philadelphia DePuy hip recall lawyers, we are telling our clients that they should give their own orthopaedic surgeon the benefit of the doubt and listen to what the surgeon has to say about their options. Of course, we are also recommending that all patients get a second, independent medical opinion from another orthopaedic surgeon regarding the nature and extent of their current condition, whether or not they have osteolysis, and whether the patient should obtain blood tests to determine the presence of metallic debris. This second opinion should also cover what type of implant will be utilized during the second surgery.

While all DePuy replacement recipients should follow their orthopaedic surgeon’s medical advice, most DePuy hip recall lawyers are recommending that any doctor that insists on using a DePuy implant be looked upon with skepticism. The bottom line: final choice of which hip implant (and which orthopaedic surgeon) always belongs to the patient.

If you are the recipient of a defective DePuy hip implant, contact the Mininno Law Office for a free case evaluation. You may also call for a free consultation at (856) 833-0600 in New Jersey, or (215) 567-2380 in Philadelphia. The defective product attorneys at the Mininno Law Office are prepared to earn you the full and fair compensation that you need and deserve. Don’t be fooled by DePuy insurance claims adjusters who claim to be on your side. Seek out an attorney to fight for your rights.

A common question among consumers who suddenly find themselves affected by a product recall is, “What is the process for FDA approval?” As a DePuy Hip Implant Recall attorney, I hear the question quite often. Surprisingly, the process is rather simple for products such as hip, knee, and shoulder replacements and parts. 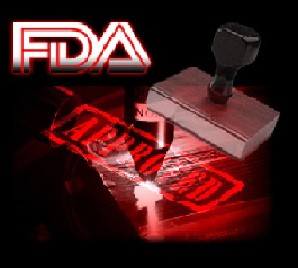 According to the FDA, DePuy’s first step towards FDA approval is the successfull completion of a number of clinical testing procedures set up by the FDA. However, in this instance, DePuy was able to avoid FDA scrutiny and it’s screening process by using a legal ‘back door,” which allowed it to circumvent the normal approval channels. This legal backdoor is known as a “510(k),” which permits pharmaceutical companies like DePuy (a subsidiary of Johnson & Johnson), to avoid the normal screening process by claiming that their hip implants would be a “substantial equivalent” to other implant devices that have already been approved by the FDA. By claiming that their product was the “substantial equivalent,” DePuy was able to gain quick approval by the FDA to market and sell it’s ASR XL Acetabular hip implant system within the United States.

Unfortunately, the United States does not have an effective hip implant registry system to determine what the failure rates were for DePuy ASR hip implants and other substantially equivalent implants. This data had to come from the United Kingdom and Australia. Those hip implant registries demonstrated their ability to prevent patient harm. In both the United Kingdom and Australia, the registries were so successful in revealing data that showed the early and unacceptable failure rate of the DePuy hip implant system, DePuy phased out the hip implants long before the American recall. Now, given the debacle over the DePuy hip implant recall, the United States and the FDA are considering creating their own registry for implants, so that potential defects and patient harms can be identified sooner rather than later.

By cutting corners and dodging red tape, DePuy was able to skirt their responsibilities to their consumers. Had those implants been properly tested and assessed by the FDA, approval would have been halted and kinks worked out before patients could be harmed. If you or a loved one have been affected by a defective DePut hip implant, contact the Mininno Law Office for a free case evaluation. You may also call for a free consultation at (856) 833-0600 in New Jersey, or (215) 567-2380 in Philadelphia.

Let the team at the Mininno Law Office earn you the compensation you deserve.