As a New Jersey DePuy Hip Implant recall lawyer, I have been providing potential recall claimants with information about the DePuy hip implant recall. As we have written, in August in 2010, DePuy Orthopaedics, a subsidiary of giant pharmaceutical company Johnson & Johnson, recalled two of its orthopaedic products; the ASR Hip Resurfacing System and the ASR XL Acetabular System.

The ASR Hip Resurfacing System was first introduced worldwide in 2003 and was only approved for use outside of the United States. The ASR hip resurfacing system was a partial hip replacement that involved placing a metal chromium or cobalt cap on the ball of the patient’s existing femur.

Since it was a partial replacement of just the cap, DePuy marketed it as a less invasise hip replacement. The problem with the ASR Hip Resurfacing System system, according to DePuy’s website, is that the independent national joint registry of England and Wales showed a five year failure and revision rate of approximately twelve percent – that’s 1 out of every 8 patients. 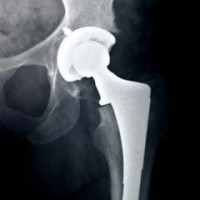 According to DePuy, there are approximately 93,000 patients who have received one of the recalled hip ASR hip implant systems. Given the shockingly large number of patients who have potentially defective hip implants, there have been patients who have already experienced medical problems. As a result, there already have been several lawsuits filed by patients who have had pain, swelling, and damage to surrounding structures and tissues. These lawsuits claim that DePuy’s billion dollar parent company, Johnson & Johnson, knew for years that many of the 93,000 patients with these defective implants required corrective surgery more frequently than the traditional implants. More lawsuits are pending as additional information becomes known about what executives at DePuy Orthopaedics and Johnson & Johnson knew about this product defect. Ironically, these very same DePuy Orthopaedic ASR hip system continue to be listed on the Johnson & Johnson website, listing their subsidiary as a maker of “innovative implants and technologies for the treatment of joint and spine conditions can get you back to an active, pain-free daily routine.”

Similarly, Johnson and Johnson’s website further states that promotes DePuy and states “your doctor can use a product from DePuy to help build an ankle, elbow, hand/finger, hip, knee or wrist as well as arthroscopy products for shoulders, and put you on the road to recovery everyday.” Finally, the Johnson & Johnson website lists recalled hip implant under “sports medicine and trauma” wherein it states “enjoy an active life again with products for the surgical treatment of knees, as well as soft tissue and shoulder repair.”

As a New Jersey and Philadelphia DePuy hip recall lawyer, we have fielded many questions about these potentially defective devices. Although some 93,000 patients now have a potentially defective hip implant that has been the subject of a recall and litigation, Johnson & Johnson continues to promote their subsidiary as a trusted hip implant maker for patients. It is no wonder that patients who have trusted and relied upon Johnson & Johnson to manufacture a safe and longstanding hip implant are seeking recourse in the courts. Contact the Mininno Law Office for a free case evaluation, or call for a free consultation at 856-833-0600 in New Jersey, or 215-567-2380 in Philadelphia.