Our nursing home neglect lawyers want to remind you that when you have a family member or loved one in a nursing home or long term care facility, it is incredibly important to make frequent and unannounced visits and to ask the nurses questions about your loved one’s care. With high turnover rates and a large number of residents, certain elements of proper care do slip through the cracks and mentioning to the nurses things that are unique to your loved one could end up being the difference between life and death. Dietary restrictions and allergies are things that you should mention multiple times.

Man Supposed to be on Restricted Pureed Diet Chokes to Death 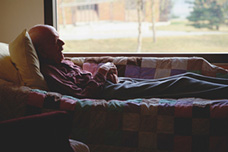 After a state Health Department investigation, a Minnesota nursing home is being held responsible for the death of 82-year-old Keith H. Johnson. The nursing home served Johnson a tuna sandwich on December 13, 2010 which was in violation of his doctor’s orders to only eat pureed food because of his history of eating too fast and choking. The man, who suffered from Alzheimer’s, was then left unsupervised and began to choke on the sandwich. An employee noticed that he was trying to cough and then became unresponsive and was not breathing. There were two failed Heimlich maneuver attempts to restore his breathing before Johnson was taken to the hospital. He died six days later from lack of oxygen to his brain and cardiac arrest.

The state is saying that the facility failed to instruct their staff about Johnson’s dietary requirements and offered little or no supervision for him and the other residents who are at a high risk of choking. The state also claims that it is this negligence that caused Johnson’s death. One of the staff members that was involved in the incident told officials that she had seen Johnson eating sold foods in the past “so she thought the resident could eat regular consistency food.”

Rachel Tuenge, the facility’s director of nursing, said “We regret the tragic incident that occurred. We investigated the incident fully on the day it happened and made the necessary changes in our policies.” The home has improved their supervision of high choking risk residents while eating and has educated their staff on the procedures and acceptable foods for these residents.

If your loved one is currently a resident of a nursing home or care facility, pay attention to the quality of equipment and nursing staff. If you are worried that the care they are receiving is negligent, abusive, or inadequate, one of our professional nursing home neglect lawyers can help. Contact the Mininno Law Office for a free case evaluation. You may also call for a free consultation at (856) 833-0600 in New Jersey, or (215) 567-2380 in Philadelphia.