Visiting the doctor for regular check ups is important for everyone. For the elderly, it is vital to maintain their already vulnerable state of health. As elder abuse lawyers, we see many sad cases where the elderly were neglected and not given the proper medical attention leading to bedsores, infection, and often death. It is a caregiver’s responsibility to look after those under their care. Even if an elderly person is difficult, does not like doctors, or insists on skipping check ups, caregivers must get their subjects the necessary medical attention. 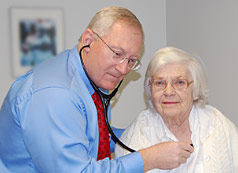 Richard Lee Wallace, 57, is standing trial this month for charges of elder abuse and neglect of an incapacitated adult resulting in death. Paramedics found his 86-year-old mother, Elise Wallace, dead in the home they shared on April 18. They found her body on the couch of the messy home covered in maggot-filled bedsores, gangrene, and surrounded by hundreds of flies. The paramedics testified that she had been dead no more than an hour when they arrived. The cause of death was determined to be a bacterial infection in the blood caused by gangrene.

Richard had lived with his mother, who had Alzheimer’s disease, for most of his adult life. He assumed control of her finances in 2008 after he became aware that she “could be easily talked into things.” He was her primary caregiver but failed to get her any medical attention for years, even as her health deteriorated. His defense attorneys claimed that he was following her wishes because she hated doctors and hospitals. He told investigators that he put antibiotic cream on her bedsores but had not realized just how advanced the sores had become until the day she died. She has been unable to walk since November 2010 and spent a majority of her final months on the ratty couch in her home. She stopped speaking a week before she died but Richard still did not bring her to see a doctor. According to prosecutors, he only called for an ambulance because he was not able to move her body after she died.

If your loved one is currently under the care of an individual or they are a resident of a nursing home or care facility and you are worried that the care they are receiving is negligent, abusive, or inadequate you should speak with our professional elder abuse lawyers. Contact the Mininno Law Office for a free case evaluation. You may also call for a free consultation at (856) 833-0600 in New Jersey, or (215) 567-2380 in Philadelphia.

As elder abuse lawyers, we always find it disheartening when adult children abuse or neglect their elderly parents. Siblings Kevin Roberson, 42, Alan Roberson, 54, and Connie Roberson, 51 are being charged with criminal abuse of an elderly person, which is a felony with a possible sentence of ten years in prison. The three siblings are currently in jail with each of their bail set at $250,000. In addition, each of them is forbidden from having any contact with their mother, Martha Robinson.

The three siblings were in charge of caring for their 77 year old mother from June 18, 2011 to October 2, 2011. During this time, they failed to make sure that their mother was properly fed, bathed, or taken care of medically. In general, she became the victim of severe and egregious neglect. 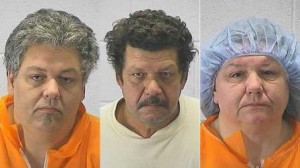 Barbara Kolaski, Senior Services Elder Abuse Supervisor who has worked with seniors for 40 years, said that this is the worst case of neglect that she has ever seen. The abuse was uncovered when Martha was brought to the hospital on Sunday, October 2. There, they found three shocking pressure wounds. There was a three-inch deep sore on the elderly woman’s tailbone that was black, red and purple. Her right leg was black from gangrene and later had to be amputated.

It is horrifying to think that Martha Robinson endured this pain and suffering at the hands of her own, grown children. Unfortunately, facilities that are paid to care for your loved ones can be guilty of the exact same thing; egregious neglect that leads to devastating consequences.

If your loved one is currently under the care of an individual or they are a resident of a nursing home or care facility and you are worried that the care they are receiving is negligent, abusive, or inadequate you should speak with our professionals. Contact the Mininno Law Office for a free case evaluation. You may also call for a free consultation at (856) 833-0600 in New Jersey, or (215) 567-2380 in Philadelphia.

As elder abuse lawyers, we’ve seen and heard it all when it comes to nursing home residents and bedsores. But occasionally, a story or case comes along that is so severe it shocks us. Ross Rasmussen, 58, is facing charges of severe elder abuse after the death of an 86 year old manunder his care.

The man suffered a stroke that left him unable to move or speak. He was staying in a “remotely-operated” care home where Rasmussen worked. Rasmussen is a registered nurse and was the case manager for the man which meant that he was supposed to monitor his condition and provide the necessary care. Rasmussen is pleading no contest to the second-degree assault charges that say he failed to provide that care from July 2007 to October 2007. Rasmussen maintains that he checked on the man every month, as required, and on his last visit on September 11, 2007, there were no signs of bedsores. “If I had known there was a problem, we would have done something about it,” he said in court.

But on October 12, 2007, the elderly man was found unconscious and taken to Maui Memorial Medical Center. There, they found the man plagued with more than 11 bedsores. The bedsores covered his entire back side, from shoulders to heels. One of his heels actually developed gangrene. The man died three days later. Deputy Attorney General Dawn Shigezawa said, “Many of them were stage four, meaning it went through tendon all the way down to the bone. By the time he got to the hospital, he was too late to be saved. It was a horrible way to die.” Rasmussen has been ordered to pay a $10,000 fine and was placed on five years’ probation.

“The state’s position is that the defendant flat out did nothing…Basically, any RN (registered nurse) worth his salt as a professional would have at least noticed his wounds due to the severity. If Mr. Rasmussen basically did the minimal check and looked down his hospital gown, he would have noticed it…It wouldn’t have taken much. It was just a case of severe neglect.”

Late stage bedsores take a significant time to develop and Rasmussen should have known that a patient that is physically immobile is at a high risk of bedsores and needs to be turned multiple times per day. Monthly visits are not enough to prevent such a horrible outcome and Rasmussen did not fulfill his obligation as a caretaker.

If your loved one is currently under the care of an individual or they are a resident of a nursing home or care facility and you are worried that the care they are receiving is negligent, abusive, or inadequate, you should speak with our professionals: contact the Mininno Law Office for a free case evaluation or call for a free consultation with one of our elder abuse lawyers at (856) 833-0600 in New Jersey, or (215) 567-2380 in Philadelphia.

On Thursday September 17th the Food and Drug Administration required that the strongest warning label be placed on a nausea drug known as Phenegran. This new warning label is due to the fact that after Diane Levine took this drug through an IV push for migraine related nausea and it then led to infection and gangrene. This caused her to have to have her lower right arm amputated. She sued the drug company Wyeth claiming that the warning label was not sufficient enough to warn against the effects of this drug especially in an IV push. This case made it to the Supreme Court and won Diane 6.7 million dollars. This then led to the FDA requiring this strong warning. This will warn users and medical professionals about the possibility of gangrene and also to let them know that IV drugs should be used in low doses and low concentration. This warning is the FDA’s strongest and is called a “black box” warning. The Court agreed that having the Food and Drug Administration’s approval and new warnings help cut down on medical device lawsuits.

For more information on Food and Drug Administration and  improper warning labels you may visit:

If you or a loved one have experienced a situation similar to this or have been injured due to a medical device or product, please contact a defective product lawyer right away. They will help you fight for your rights to be heard and get the care you or loved one  deserve.