It seems that lately, we are writing more and more about the elderly being neglected and abused by their adult children. As the economy worsens, less people can afford to go into a nursing home or long term care facility and find themselves depending on family members for essential, life sustaining care. But caring for an elderly adult is a huge responsibility and requires a commitment that not everyone is able to follow through with. It is unfortunate that our elder abuse lawyers see so many of these cases and have to warn the elderly to look out for signs of abuse and neglect from their own children. 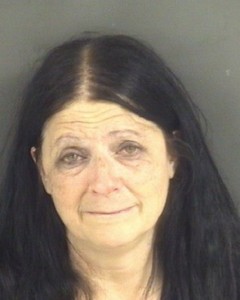 On November 19, 2010, Nancy Byrd Lewis, 59, called 911 to report that her 79-year-old mother, Hazel Tolbert Byrd, was unresponsive. When the paramedics arrived at the house where the two women lived, they found Byrd lying in bed covered in several days worth of feces, urine, and maggots from her waist to her feet. The State Medical Examiner’s Office performed an autopsy and determined that Byrd had been dead for at least a week before the 911 call was made. The autopsy also said that she was filthy, had matted hair and several skin ulcers. This led to an investigation where officials found that in 2005 Byrd suffered a stroke and moved in with Lewis, who took the role of her mother’s caretaker. The elderly woman also suffered from high blood pressure and diabetes, but did not take any of her medications nor had she visited a doctor since being released from the hospital.

Lewis was arrested in March 2010 and charged with domestic abuse, neglect, and exploitation of disabled or elder adults. She recently pled guilty to felony elder abuse, was sentenced to eight months of probation and 100 hours of community service, ordered to pay court costs, and cannot work at a day care of retirement facility.

If your loved one is currently under the care of an individual or they are a resident of a nursing home or care facility and you are worried that the care they are receiving is negligent, abusive, or inadequate and you would like to speak with one of our elder abuse lawyers, Contact the Mininno Law Office for a free case evaluation. You may also call for a free consultation at (856) 833-0600 in New Jersey, or (215) 567-2380 in Philadelphia.