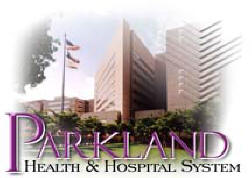 Jessie Mae Ned was 51 when she decided to undergo a knee replacement at Parkland Memorial Hospital. She had been working at Parkland for 28 years as part of the cleaning staff. Most of her time was spent scrubbing floors and toilets before she attained supervisor status. At 51, arthritis had rendered her left knee useless. Ned’s primary care physician, a doctor at the Parkland employee clinic, referred her to Dr. Frank Gottschalk, a University of Texas Southwestern Professor of Orthopaedic Surgery, and Parkland specialist in joint reconstruction and amputation. The doctor scheduled the procedure for the last Friday of August in 2008.

Medical Malpractice wasn’t even a thought on Jessie Mae Ned’s mind. She was born at Parkland, had been receiving their care most of her adult life, and had only heard good things about Dr. Gottschalk. Unfortunately, nothing went as planned.

Medical Malpractice: Where is My Doctor?

On the day of her surgery, Dr. Christopher Espinoza-Ervin, a second year resident working under Dr. Gottschalk, entered her room and told her he would be performing her procedure. She simply responded “You’re not my doctor,” before the anesthesia kicked in and she was asleep on the operating table. Yes, Jessie knew it was a teaching hospital, but to her understanding, that meant that residents and students could be present for or assist in a procedure, not perform them unsupervised. Her consent form was even ambiguous. It states that it is “anticipated” that Gottschalk would be her surgeon and that “this may change at the time of surgery, depending on the availability of Residents with the necessary competence and training.” The bottom of the form contains a signature line for the surgeon who performed the procedure; no one signed.

Ned’s surgery began just before 8am and was complete 74 minutes later; old knee out and new knee in. She was released to her recovery room complaining of a “burning sensation” in the knee. A nurse charted “notified MD.” A number of med students, residents, and attending physicians came in and out of her room in the following days, misdiagnosing her condition time and time again, and failing to properly update or mark her chart. Ned told one med student that she could not feel her bottom left leg, flex her ankle, or wiggle her toes. Experts say these symptoms should have been immediately addressed. The student attributed the numbness to the lasting effects of a femoral nerve block. This anesthesia is supposed to wear off 12-18 hours after surgery. The misdiagnosis was made 25 hours after surgery.

Despite complaints of excruciating pain and a swollen and purplish limb, nurses and providers at Parkland did nothing but prescribe more pain meds. “Just push your pain pump,” said one nurse. It was 3 days later, after Ned became delirious, that a vascular surgeon finally deduced that a surgical injury to the artery behind her left knee was causing ischemia (loss of blodd supply) in the lower left leg. Two emergency surgeries were performed to help relieve the swelling and return blood flow to the leg, as well as a number of other procedures to clean wounds and remove tissue damage. She was released.

November came with an onslaught of life threatening issues. Ned’s leg became infected with staph and strep, and more surgeries followed. One procedure involved sewing antibiotic beads inside her leg. Another planted a tube into her chest that pumped antibiotics throughout her body. A third surgery in March of 2009 removed her artificial knee in hopes that it’s removal would stop the spread of bacteria. This went on for months as Ned’s body tried, unsuccessfully, to fight off the bacteria. Further complications arose when an infection caused uncontrollable vomiting for Jessie Mae Ned. Yet another surgery was required to remove an abdominal hernia that formed because of the vomiting.

August 2009, almost a year after the first knee replacement, Ned received a second artificial knee, and endured another surgical injury. This time around, it was a ruptured knee tendon. The incision did not heal correctly and infections plagued Ned once again. Ned was hospitalized for 2 months and underwent another 9 surgeries. In December of 2009, doctors told Ned her situation was hopeless. Her leg was amputated in two surgeries later that month.

Ned’s ordeal with Parkland Memorial is truly heartbreaking. She went in for a simple knee replacement procedure, and a year and 26 surgeries later, she was an amputee. The medical malpractice and negligence that occured inside Parkland Memorial with regard to Ned’s treatment is shocking! Dr. Gottschalk seems to have failed on numerous occasions to see that his patient was receiving the proper care. And what’s even more apalling is that Jessie Mae Ned was one of their own; an employee of the same facility for 28 years. If this is how they treat their own co-workers, how do they treat people they don’t know?

Our legal team are experienced enough to handle even the toughest of cases. Let us earn you the compensation you need and deserve.

Hospitals are vicariously liable for the negligence of their employees. However, much of the time, due to a variety of reasons, the doctor seeing you at the hospital is not actually a direct employee of the hospital. Many hospitals would like to make you believe that they are not responsible for the actions of non-employed doctors. Could it be true that hospitals are protected when a visiting doctor makes a life changing error?

The answer is no. First cited in New Jersey in the case, Arthur v. St. Peter’s Hospital, the doctrine of apparent employment establishes that hospitals are generally not liable for the acts of physicians who are not employees but rather independent contractors. However, because the hospital holds out a physician as its employee, the, “…plaintiff had a right to assume that the treatment was that was being received was being rendered through hospital employees and that any negligence associated with that treatment would render the hospital responsible.

If you have been subject harm due to the negligence of a visiting physician, do not let the hospital fool you into thinking you have no case. Please contact an attorney immediately to find out just who is responsible.