In New York, a Queens jury has awarded a Long Island couple $7 million in a case of medical malpractice that almost led to the untimely death of Owen McNamara. 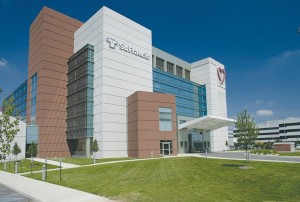 St. Francis Hospital, located on Long Island, NY, is known as “The Heart Center”. It’s reputation for cardiac excellence has patients the world over seeking treatment there. That is why Owen and Jo-Ann McNamara went to St. Francis Hospital for a “routine” by-pass surgery. The surgery went smoothly. Post-op, however, did not.

While in the ICU (Intenstive Care Unit), Owen developed a condition called tamponade. This condition involves the build-up of blood and fluid in the pericardium (the sac surrounding the heart) which can compress the heart and disrupt it’s normal function. A timely response can relieve the pressure within minutes, but because of a negligent response and failure on his doctor’s part to communicate the budding complications, Owen McNamara suffered a heart attack.

Doctors revived him, but Owen faced 2.5 years of complications, hospital stays, and rehab treatments resulting from the tamponade related heart attack. His heart blockages were cleared during the by-pass surgery, but Owen now lives with permanent damage to his heart, as well as chest and breathing complications.

Had St. Francis Hospital staff recognized the symptoms of tamponade sooner, and promptly and effectively treated those symptoms, Mr. and Mrs. McNamara could have avoided the nightmare that followed the cardiac arrest.