Doctors and patients are often confronted with an easily preventable medical mishap called wrong-site surgeries. Unfortunately, in a busy operating room, a doctor will perform a surgery on the wrong part of the body. This happens surprisingly more than anyone would expect. According to a recent article in the Washington Post, there are approximately 40 wrong-site injuries per week in the United States. Medical malpractice lawyers work to get the compensation for wrong-site injuries that victims so desperately need. 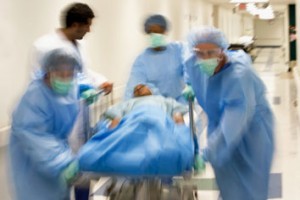 It is suggested that extreme time pressures may be the number one cause of wrong-site surgeries. Doctors are extremely busy people, and their schedules are not getting any less full. However, this does not mean that innocent people should be injured. Some surgeons have suggested a protocol to prevent wrong-site injury by requiring a pre-operative verification of important details, marking the surgical site, and a mandatory timeout to confirm everything before the procedure begins. When steps like these are not followed, preventable injuries occur. Sometimes, those injuries are fatal.

Other causes for wrong-site surgeries include mixing up the left and right side, marking incorrect spots on the body for surgery, neglecting to mark the surgical site at all, and consulting the wrong patient’s chart. While it may seem silly, there have been lawyers who suggest writing on the site not to be operated on simply “wrong site.” Simplicity need not be overlooked, even in the medical field.

If you or any of your family members have been affected by a wrong-site surgery, or any other instance of medical malpractice or negligence, do not hesitate to contact the Mininno Law Office experienced medical malpractice lawyers for a free case evaluation. You may also call for a free consultation at (856) 833-0600 in New Jersey, or (215) 567-2380 in Philadelphia.