On Tuesday, the Wisconsin State Senate passed new tort reform measures that have opponents (patients, patient advocates, medical malpractice lawyers, consumer advocacy groups) “up in arms.” The bill, which is now headed to the Assembly, could severely limit liability to medical providers who commit medical malpractice in hospitals and nursing homes. 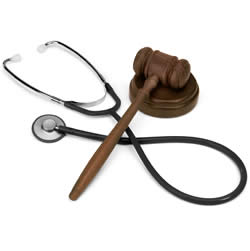 The business community is thrilled by the bill the Senate passed this week. Of course they are; the new measures make it harder to get sued! Patient advocates, however, view the bill as a shield for medical providers who injure or abuse in nursing homes, or who practice careless, dangerous, and sub-standard medicine.

Provisions of the bill include:

The bill’s provisions could do a lot of harm to a patient’s right to compensation for serious injuries caused by medical malpractice or nursing home abuse.

Tort reform supporters who boast it’s economic benefits don’t tell you that those benefits only speak to large corporations and insurance companies who proft from the limited liability that tort reform precipitates. Innocent people, like you and I, who have been seriousley and permanently injured by a negligent or careless doctor, hospital, or nursing home see no benefits at all from capped damages and limited liability.

If you or your loved one has suffered medical malpractice at the hands of a negligent medical provider, contact the Mininno Law Office for a free case evaluation. You may also call for a free consultation at (856) 833-0600 in New Jersey, or (215) 567-2380 in Philadelphia. Let the medical malpractice lawyers at the Mininno Law Office earn you the compensation you need and rightly deserve.