Doctor Veers from Standard of Care and Causes Permanent Damage 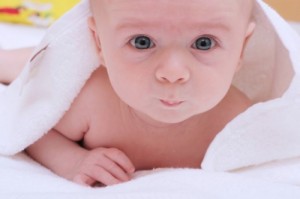 Dr. Paul Heltzer and the Staten Island University Hospital were found responsible for the speech probelms, learning disabilities, and reduced life expectancy that Xzavier now faces due to the extended period of time he went without oxygen on the day of his birth.

Dr. Heltzer broke Xzavier’s mother’s water prematurely, while labor was still progressing quite slowly. He then administered dosages of the drug Pitocin, which is used to induce contractions and help begin labor. The suit claims that Dr. Heltzer kept the mother on Pitocin for far too long, causing excess stress on the baby as a result of relentless contractions. The contractions caused an increase in pressure on the baby’s brain while oxygen and blood flow to the brain slowed, and eventually, Xzavier’s heart stopped.

Xzavier’s mother was in labor for 19 hours, and was on Pitocin for a majority of that time. It was determined that Dr. Heltzer and the Staten Island University Hospital acted negligently in allowing her to remain on the drug for so long. It was also determined that a C-Section should have been executed as opposed to waiting for a vaginal delivery. A lot of the complications Xzavier deals with today could have been avoided had the standard of care been adhered to.

If your child is dealing with complications that stem from a birth injury they received, contact the Mininno Law Office for a free case evaluation. You may be entitled to compensation for the negligence that caused their injuries. You may also call for a free consultation at (856) 833-0600 in New Jersey, or (215) 567-2380 in Philadelphia.
Let the birth injury lawyers at the Mininno Law Office earn you the compensation you need and deserve.