The elderly are an extremely vulnerable population, both physically and mentally in some cases. That is why they are so often targeted for physical, emotional and financial abuse. As elder abuse lawyers, we want to warn you about the dangers plaguing the aging population. If you have a loved one that you feel is too trusting with their savings or access to their home or personal documents, then you need to warn them about the dangers of trusting strangers. There are many con men out there that will prey on the elderly and convince them that they are there to help, but are really robbing them of their entire life savings. 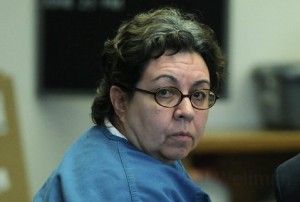 Denise D’Sant- Angelo, 56, was sentenced to 11 years in California state prison after stealing thousands of dollars from the elderly. On June 8, 2010 she was found guilty of grand theft and sentenced to two years in prison for stealing $2,800 from local donors who were raising money for three nuns from the Sisters of Bethany Convent in Santa Barbara who had been evicted from their residence in 2007. While out on bail in 2008, she was arrested again and charged with six counts of felony financial elder abuse, six counts of felony grand theft, and one count of misdemeanor unlawful practice of law after she conned an elderly couple out of $20,000 after convincing them she would help them keep their home after threat of foreclosure. At the August 22, 2011 sentencing, Denise D’Sant- Angelo got 11 years in prison for her crimes. District Attorney Brian Cota said “She gave them hope they could keep their house when she only intended to keep their money.”

If your loved one is currently being taken advantage of financially, or they are a resident of a nursing home or care facility and you are worried that the care they are receiving is negligent, abusive, or inadequate, contact the Mininno Law Office for a free case evaluation. You may also call for a free consultation at (856) 833-0600 in New Jersey, or (215) 567-2380 in Philadelphia.