When most people think of elder or nursing home abuse, they think of a disabled or elderly resident of a nursing home who is being taken advantage of physically, mentally or financially. While these are the majority of cases that elder abuse lawyers come across, it is important to remember that any form of abuse or assault that is inflicted on someone over the age of 70 can be considered elder abuse. 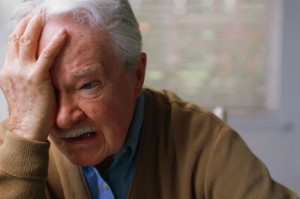 On Tuesday, September 27, 2011, forty-six year old Amy Lynne Dunlap was convicted of elder abuse and sentenced to seven years in prison. She was convicted for hitting her 91 year old boyfriend Robert Palacio Jr. with a two-by-four after an argument on April 14. After the fight, Palacio went into the attic to avoid Dunlap, but as he was climbing down the ladder from the attic Dunlap hit him in the head twice with the two-by-four piece of wood. Injuries sustained included two cuts on his head, one above the left eye and the other on top of his head. According to prosecutors, the elderly man never left the hospital after his head injuries and died on April 25 of atherosclerotic heart disease. Dunlap was initially charged with inflicting corporal injury on a cohabitant and assault with a deadly weapon or force likely to cause great bodily injury. Her charge had an enhancement because the victim was older than 70 years of age.

If your loved one is currently being taken advantage of physically, or they are a resident of a nursing home and you are worried that the care they are receiving is negligent, abusive, or inadequate, contact the Mininno Law Office for a free case evaluation. You may also call for a free consultation at (856) 833-0600 in New Jersey, or (215) 567-2380 in Philadelphia.