The story of Micheatria Donelson and her unborn baby is a tragic one. The defendants, doctors and nurses from Northern Suburban Hospital in Louisville, believe that the incident could not have been predicted or prevented by the healthcare providers and it was simply an “unfortunate tragedy”. Medical malpractice attorneys for Donelson disagreed and stated “decapitation should never, never happen”. The plaintiff is seeking damages in the amount of $18 million following this tragic incident and she is still suffering from the loss of her child, battling post traumatic stress disorder and depression. 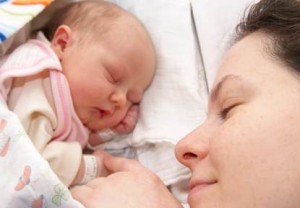 The defendants argued that the doctors did everything they could and that while this incident was highly unusual, their care was appropriate. Medical malpractice attorneys disagree and claim that the doctor’s failure to remove a cerclage (a small string used to close the cervix and keep the baby in the womb) led to the tragedy. The doctor agreed to using the cerclage originally but then said he removed it because it would be “physically impossible” to deliver the baby with the string still present. A nurse who was present in the operating room had a contrary recollection and claimed that the doctor did not remove the string. When the baby was delivered, the nursing staff sutured the child’s head back on to the body so that Donelson could hold her child for a short time after seeing him decapitated during delivery. According to her lawyers, this has altered Donelson’s entire life. They stated “no one prepared her for what was going on. . . the reason that this is never heard of is because it doesn’t happen unless somebody does something wrong.”