The country’s largest metropolitan area, New York City, was home to an enormous amount of medical malpractice lawsuits stemming from the actions of healthcare providers at public hospitals. Medical malpractice attorneys point out that much of the money paid out in damages came directly from taxpayers. Due to the negligence and malpractice of healthcare providers, 246 cases were completed in 2011 and the damage amounts are startling. The total number of payouts in New York City was up 5% to $135 million, $7 million more than the 2010 totals. 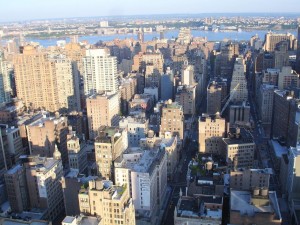 First, Damian Saul, 43, suffered a massive stroke while he waited for hours to see a physician at a city hospital. Upon his arrival, Saul informed a nurse that he was having trouble with his sight in one eye. This should have been recognized by the nurse as an initial sign of a stroke. The ensuing stroke left him almost completely paralyzed and he was unable to speak clearly. His medical malpractice attorneys reached a settlement of $5.5 million. His medical malpractice attorneyswere quoted as saying,

“they did nothing, whoever was doing the triage was incompetent, they just weren’t listening to him.”

Next, a 38 year old woman, who wished to remain anonymous, went to see a dentist to have her abscess drained. Unfortunately, her physician allowed her to be discharged from the hospital before requesting a culture test of the infected tissue. Had this test been requested, he would have recognized she suffered from an infection known as MRSA. Today, that cheek infection has led to her paralysis. The woman’s attorney, Sam Rosmarin, stated,

“The tragedy here is that this could have been avoided. Her complete dependence on others as a result of someone’s negligence is a horribly unfair existence.”