In some states, there has been a trend to impose a duty on physicians regarding third parties who have not directly sought treatment from the doctor. A simple example may be a doctor who advises a patient, who is prone to seizures, that he can safely drive his care home from an appointment. Should that doctor be liable to a third party who was seriously injured in a car accident after the patient had a seizure driving home? How about a doctor who prescribes a medication, which a patient has an unfortunate reaction to, and injures pedestrians on the car ride home for the doctor’s office? Medical malpractice attorneys have found that different jurisdictions have attacked these issues in different ways, some imposing liability on physicians and others declining to do so. 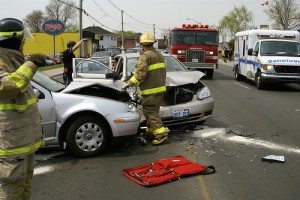 In Osborne v. United States, a case out of West Virginia, that court permitted a third party to bring a lawsuit against a doctor whose negligent treatment resulted in an injury. The court ruled that in cases where it should have been foreseeable to the healthcare provider, the third party has standing to sue. Lawyers also point to the New York case of Tenuto v. Lederle Labs. In that case, the court found that there was a duty to warn to parents of the risks to their own health, following the vaccination of their children. Finally, medical malpractice attorneys point to the Pennsylvania case of DiMarco v. Lynch Homes-Chester County, Inc. In that case, a doctor negligently advised a patient about a communicable disease. Since the third party was at risk to contract that disease, there was liability placed on the healthcare provider.