Malfunction of Robot Occurs during Surgery 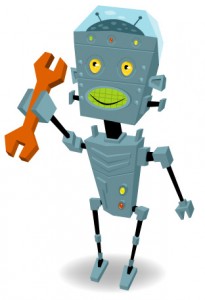 The plaintiff was scheduled for a robotic trans-axillary total thyroidectomy which was set to be performed by Dr. Emad Kandil. Unfortunately, during the procedure, there was an unexplained malfunction of the device and neither the staff nor the doctor could fix the problem on site. Even more unsettling was a contract and agreement that Intuitive Surgical Systems agreed to, which was to ensure that they had available service personnel ready so that there could be a rapid troubleshooting procedure in the event the device malfunctioned. When Ms. Silvestrini was undergoing the procedure and the breakdown occurred, the medical staff was unable to contact anyone from Intuitive Surgical Inc. to fix the problem.

Lawyers claim that the manufacturer of the robotic device failed to maintain the robot at issue, failed to properly train personnel on the use of the equipment, and failed to dispatch a technician in a timely fashion when Silvestrini was undergoing the operation. The hospital has been accused of failing to maintain the robot, failing to have properly trained personnel, failure to have an adequate arrangement with Intuitive Surgical Systems, and failing to employ an emergency technician who could respond rapidly in the case of a foreseeable emergency while the patient was undergoing surgery. The plaintiff seeks damages for physical and mental pain and suffering, medical expenses, interest, and court costs.