Financial elder abuseis unfortunately on the rise, happening more and more often to our aging population as the demographic gains a reputation for being an easy target for scams and/or theft. Therefore, the elderly need to be more careful about their finances and who they trust in their homes. As elder abuse lawyers, we sadly hear horrible stories about trusting people who get taken for their entire life savings because of one mistake. Make sure to keep all of your financial documents and checks in a secure, preferably locked, location where strangers or even family or friends cannot locate. Be careful of home health aides and housekeepers. Even those with good intentions may take advantage if given the opportunity. 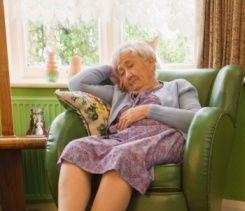 Edna Lena Morales, 48, was arrested for the second time on Wednesday, November 9, 2011 for suspicion of elder abuse, forgery and possession of stolen property. She was arrested for the first time on October 17, 2011 after an investigation of her cashing several checks that belonged to an 83-year-old woman. The woman’s bank contacted her in September about the checks and she told them that Morales worked as her housekeeper, cleaning and cooking meals a few times a week. The elderly woman confronted Morales and she agreed to pay the money back. She wrote a check for $4,000 but the check bounced. Police also believe that Morales used the woman’s credit card charging more than $1,200, but Morales told them that the woman gave her permission to use the credit card.

A week later, a second woman went to the police to report that Morales cashed one of her checks for the amount of $5,000 leading to her second arrest. She is currently being held at the Merced County Jail on $130,000 bail.

If your loved one is currently being taken advantage of financially, or they are a resident of a nursing home or care facility and you are worried that the care they are receiving is negligent, abusive, or inadequate , our professional elder abuse lawyers can help you. Contact the Mininno Law Office for a free case evaluation. You may also call for a free consultation at (856) 833-0600 in New Jersey, or (215) 567-2380 in Philadelphia.