After nearly four years of litigation and appeals, a family is finally able to present their medical malpractice case in front of a jury at trial. Jury selection took place on October 3rd and the family of the late Dorothy Broussard is seeking a number of damages including pecuniary loss, medical services, physical pain and suffering, mental pain and anguish, disfigurement, physical impairment, loss of consortium and loss of enjoyment of life. The medical malpractice attorneys on the case claim that a breathing tube connected to Mrs. Broussard was inadvertently removed which led to a lack of oxygen.

Could the Healthcare Provider Have Done More? 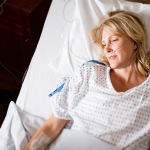 Preston Broussard, on behalf of his late wife, filed the lawsuit against Dubuis Hospital and Dr. Sreedhar Polavarapu. The medical malpractice attorneys stated in the lawsuit that the “defendants’ failure to safely monitor and restrain Dorothy Broussard led to the deprivation of oxygen that caused Mrs. Broussard’s untimely demise.” Obviously the lack of oxygen over a sustained period of time had an adverse effect but no one on the staff recognized the problem in time. The medical lawyers found that the saddest part of this story was how the family discovered the woman. The lawsuit stated,