Kevin Parsons was a successful physician practicing in the fields of geriatric and internal medicine. Tragically, Parsons was diagnosed with Lambert Eaton Myasthenic Syndrome (LEMS), an extremely rare autoimmune disorder. Medical malpractice attorneys have found that the disorder is so uncommon that it only affects 300 people on the face of the earth. Parsons devoted the next twenty years of his life researching and writing on LEMS as well as advising others with this terrible disorder. Through his far-reaching research, Parsons determined that a stem cell transplant might be a potential cure for LEMS, so he traveled to Chicago to undergo the procedure at Northwestern Memorial Hospital. 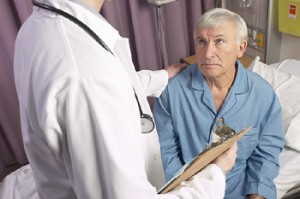 While at the hospital awaiting his transplant, an unrelated instance of medical negligence led to serious medical issues for Dr. Parsons. Parsons was accidentally given a dose of insulin from a nurse who failed to read a note that specifically stated that no insulin be administered. Medical malpractice attorneys believe that the insulin led Parsons into a diabetic coma and eventually caused his death only three weeks later. That’s when medical malpractice attorneys took on the case of Parson’s widow and family to seek justice for the alleged malpractice. The case never reached trial, which allowed the parties to avoid a lengthy litigation process. The two parties agreed to settle for a sum of approximately $5 million earlier this month. It appears that nurses had previously complained to higher-ups that the healthcare providers, on the floor Parsons was located, were overworked and given far too many patients.