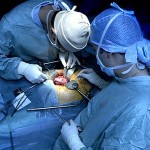 Christina Mecannic, 40, and Michael Yocabet, 50, have been together for twenty one years and have an eighteen year old son. When Michael was in need of a kidney transplant, it was a no-brainer for Christina to be the donor. Unfortunately, medical malpractice attorneys have found that Michael’s doctors went forward with the procedure and transplanted the kidney despite blood test results that showed Christina had been infected with hepatitis C.

Hepatits C is an infectious disease caused by the Hepatitis C Virus, or HCV, that usually affects the liver. It tends to be asymptomatic at early onset and over time starts to affect liver function. Those with Hepatitis C generally face a higher risk of cirrhosis, which can lead to liver cancer, liver failure, or other fatal complications.

Based on this shocking and nearly unbelievable news, Michael fears that he may have contracted the fatal liver disease following the transplant that took place on April 6th at the University of Pittsburgh Medical Center(UPMC).

The couple has filed two malpractice lawsuits in which their medical malpractice attorneys will argue that there was negligence on the part of UPMC, University of Pittsburgh Physicians, four doctors, a nurse, and the whole kidney transplant center. Even more unnerving, the lawsuit alleges that the doctors offered Mecannic the option of keeping the hepatitis C diagnosis secret from her boyfriend after asking whether she was ever unfaithful to her partner and accused her of using cocaine. UPMC officials vigorously deny that there was a cover up and a spokesman stated “we sincerely regret the human error that caused this situation . . . once the error was discovered, UPMC disclosed the information to the patients involved”. The actual transplant procedure went well but now Yocabet faces the prospect that his treatment for the liver disease could in turn harm his new kidney due to the anti-rejection medication he is currently taking.

If you or a family member have recently been the victim of medical negligence, you should speak with a medical malpractice attorney as soon as possible. Please contact the Mininno Law Office for a free case evaluation, or call for a free consultation at (856) 833-0600 in New Jersey, or (215) 567-2380 in Philadelphia.