Lawrence Dixon was only 59 years old when he passed away. His death was due, in part, to his physician’s failure to properly diagnose his condition and recognize that he was suffering hemorrhagic shock. Medical malpractice attorneys witnessed a Maryland jury award the deceased’s family $2.5 million in money damages. Dixon’s estate and his wife were each awarded one million dollars in non-economic damages while each of his two children are set to collect a quarter of a million dollars each. Unfortunately, due to a cap in Maryland on non-economic damages, the award total is likely to be cut all the way down to $812,500. 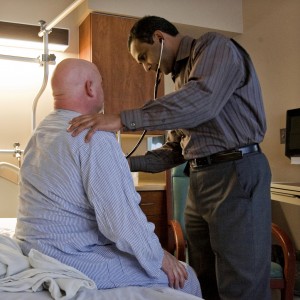 On May 17, 2007, Lawrence Dixon fell and fractured his pelvis. David Harding was the doctor assigned to Dixon. It was alleged by the plaintiffs in the lawsuit that, after conducting examinations, Dr. Harding failed to notice internal bleeding which ultimately led to the failure of multiple organs and eventually death. It is argued that there were numerous warning signs that an experienced doctor, such as Harding, should have recognized. Medical malpractice attorneys argued that the victim had not produced urine in over twenty four hours, had a rapidly increased heartbeat, a rapidly decreased blood pressure, and suffered loss of lucidity. Professionals believe that any of these signs should have been a strong warning sign to Harding that something was wrong and it was likely that the patient was losing blood.