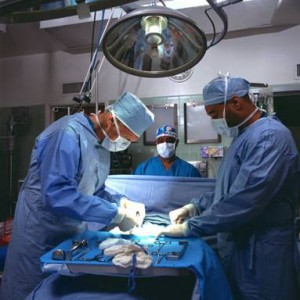 Lanette Gervato was 35 years old when she was suffering from, along with unexplained headaches, a multitude of symptoms. She visited the University of Florida’s Shands Teaching Hospital for treatment. After testing, it was determined that Gervato was suffering from a non-bleeding aneurysm in her brain. A Shands neurosurgeon would perform a procedure in which coils would be inserted into the aneurysm.

However, during the surgery, one of the arteries was unknowingly perforated. Gervato’s post-operative recovery period included many stroke symptoms. Her nurse, Rebecca Boone, observed the symptoms, but did nothing. By the time doctors finally realized that Gervato was in danger, the damage had already been done. Her brain was filled with blood and significant brain damage had occured.

Gervato’s life has been permanently affected. She is now paralyzed on one side, suffers from impaired vision, experiences constant pain, and has lost much of her cognitive reasoning skills. Her husband has had to stop working in order to provide constant care, and their four children have had to be placed with other family members to get the attention and care that they need.

The verdict will afford the Gervatos round the clock care so that they can, as their attorney put it, “return to as much normalcy as possible”.

If you or a loved one have suffered at the hands of a negligent medical provider, contact the Mininno Law Office for a free case evaluation. The medical malpractice lawyers at the Mininno Law Office are dedicated to earning victimized patients the compensation they need to pay past, present, and future medical bills. If you prefer, you may call for a free consultation at (856) 833-0600 in New Jersey, or (215) 567-2380 in Philadelphia.