Earlier this month, the family of 14 year-old Sarah Crider was awarded $1.25 million in the settlement of their medical malpractice lawsuit against the Georgia Regional Hospital, a mental hopsital operated by the state of Georgia.

Sara died four years ago from severe, intestinal blockages that went undiagnosed and, subsequently, untreated. The blockages were caused by a cocktail of medications that had conflicting side effects.
Thomas Perez, assistant attorney general for civil rights at the U.S. Department of Justice, commented on the young girl’s death:

This was an absolutely tragic and preventable death. She didn’t need to be in that institution. She could have thrived as an outpatient. 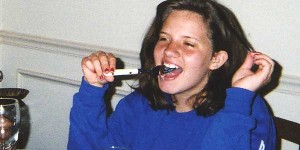 Sarah is just one of about 115 patients who have died in the past five years under suspicious circumstances while receiving care at a Georgia state facility. The settlement reached in the Crider’s lawsuit addresses this issue. Aside from compensating the family, the state will also be spending close to $77 million to move hundreds, if not thousands, of patients out of state mental facilities to improve the level care for those who remain. Patients who will no longer reside at these state facilities will be those that could benefit from community settings for treatment.

The death of Sarah Crider was tragic. However, because of a lawsuit brought against the state in response to her death, efforts are now being made to improve quality of care and prevent the same from happening again in the future. Medical malpractice lawyers are necessary when doctors and hospitals act negligently while caring for their patients.

If you or a loved one have suffered from medical malpractice, contact the Mininno Law Office for a