Alexis and Mark Breyer, a husband and wife law team, won over an Arizona jury in a personal injury trial involving a plumber and a staircase. The jury awarded the plaintiff $1.9 million dollars for injuries sustained from the accident. Attorney Mark Breyer said of the victory:

“when a jury follows the law and holds companies responsible for their failures to protect workers on the job site, it is a great day not only for our client, but for all construction workers in Arizona.” 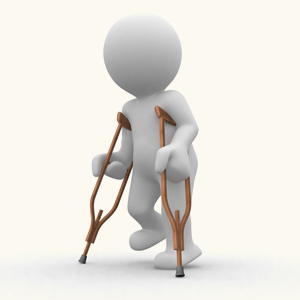 In 2007, the plaintiff was working as a plumber on a construction site under a general contractor and subcontractor. Day one on the job, he attempted to ascend a flight of stairs. As he climbed, the stairs collapsed beneath him. He suffered a burst fracture and had to undergo a two-level spinal fusion surgery to correct his injuries.

The incomplete staircase had been constructed by the subcontractor and was in the process of being moved. In the absence of caution tape, the plumber had no way of knowing that the stairs were unsafe to climb. The general contractor, who is ultimately responsible for all that goes on at his construction site, refused to accept responsibility. He blamed his subcontractor for not making clear the status of the staircase, and blamed the plumber himself for assuming the stairs were safe to climb while in the presence of other workers. The subcontractor did eventually accept responsibility for not preventing usage of the staircase.

The jury took two days to deliberate before awarding $1.9 million to the plaitiff. They assigned 39% of the blame to the general contractor, 58% to the subcontractor, and 3% to the plumber himself.

The plaintiff suffered greatly from the negligence of those in charge of the construction site. It is fair that he be compensated for the time and money he spent trying to fix the injuries he sustained. If you or a loved one have suffered injury due to the negligence of another, contact the Mininno Law Office for a free case evaluation.
Our personal injury attorneys are ready to work for you, to earn you the recoveries you deserve. Call us for a free consultation at (856) 833-0600 in New Jersey, or (215) 567-2380 in Philadelphia.