As nursing home abuse lawyers, our goal is to get justice for the victims and loved ones of elder and nursing home abuse. We also want to see that the correct punishment is brought to the facility and/or the individuals responsible. Revoking an operating license is the most severe punishment that state officials give to nursing home facilities who fail to meet inspection requirements. Fines and follow up inspections are utilized before the state revokes a license, but if conditions are not improved, licenses will be lost.

Repeat Citations and Abuse Leads to Loss of License for Home 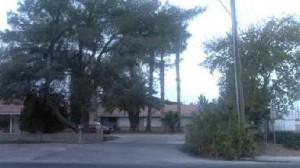 After an investigation by the state of Nevada, the Las Vegas Home Sweet Home had its license revoked and was forced to close in August. All of the residents were removed and placed in different facilities.

The most recent investigation that led to the closure was prompted by a witness a caregiver yelling at an elderly woman. The abuse continued as the caregiver dragged the resident down the hallway by her ankles. During their investigation, state officials also found that caregivers at the home were depositing residents’ social security checks into their personal bank accounts. Staff members were also taking more money than necessary for small grocery trips for the residents, and then pocketing the change afterwards.

These were not the first violations for “Home Sweet Home.” The facility has been fined and investigated frequently over the years for various citations that made the home unsafe for the residents. The state became aggravated with the home’s failure to adhere to regulations and decided to shut it down.

If you have witnessed any questionable or abusive behavior in a nursing home, directed towards your loved one or even another resident, contact the Mininno Law Office for a free case evaluation. You may also call for a free consultation at (856) 833-0600 in New Jersey, or (215) 567-2380 in Philadelphia.