As nursing home abuse lawyers, we see some of the worst kinds of abuse and neglect that the elderly unfortunately have to endure. We continue to fight against this horrible injustice but the problem is not going away. Most of the physical and emotional abuse is the result of frustrated direct care workers, but another growing problem is the financial abuse from administrators and other nursing home officials. They are taking advantage of their power and access to the facility’s finances in order to steal from the home. They are not only stealing from an organization, but from the elderly and disabled residents who need that money in order to keep up their standard of care.

Former Administrator Plead Guilty to Stealing from Facility and Residents 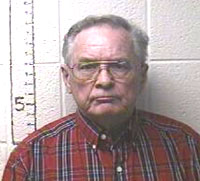 The Golden Years Rest Home in Jenkins, KY is facing problems after their former administrator James F. Tackett, 69, entered a guilty plea in court for stealing thousands of dollars in funds from the home and from the residents. He admitted to stealing more than $300,000 from the home that was meant to be used for the care of the patients. He also admitted to stealing more than $60,000 from one resident. Tackett used the money to buy himself cars and other personal vehicles including a GMC Hummer, a Chevrolet Silverado, a Ford F-150, and a Suzuki XL-7. He is also in trouble for not reporting any of the funds on his state income tax returns for the past five years.

This started after a complaint was filed in 2009 by the local ombudsman office that multiple residents of the home were not receiving their $250 stimulus check from the American Economic Recovery Act, The Attorney General’s Department of Criminal Investigations started looking into the home. This is not the first strike for Tackett, he plead guilty in 2009 to physical abuse of a resident and in October to charges of theft of federal Social Security funds received on behalf of the personal care home residents. He faces up to 10 years in prison for the state charges.

If your loved one is missing money or you have witnessed any questionable or abusive behavior in a nursing home facility directed towards them or even another resident and you are worried that the care they are receiving is negligent, abusive, or inadequate, contact the Mininno Law Office for a free case evaluation. You may also call for a free consultation with one of our nursing home abuse lawyers at (856) 833-0600 in New Jersey, or (215) 567-2380 in Philadelphia.