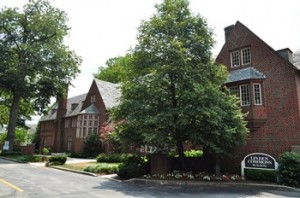 Early last year our nursing home abuse lawyers wrote several blogs about the Quadrangle nursing home facility in Delaware County, PA and the alleged nursing home abuse of one of their residents, 78-year-old Lois McCallister. Officials found out about an incident where three orderlies were allegedly mocking and abusing the dementia patient, forcing her to walk around her room naked while they laughed at her. Lois McAllister’s family caught the abuse on tape, the facility lost their license, and the staff members involved were arrested and charged. The home’s parent company later entered into an agreement with the Pennsylvania Department of Public Welfare (DPW) and had their license reinstated.

Ayesha Muhammad, 19, Tyrina Griffin, 21, and Samirah Traynham, 22, were charged with simple assault, false imprisonment, harassment, and conspiracy and found not guilty on all counts by Judge Kevin F. Kelly. The Assistant District Attorney Robert Manzi tried to argue that the three caregivers were taunting, mocking, and physically abusing McCallister while they forced her to stand partially naked inside her room, as seen in the video. However, the defendant’s attorney successfully argued that the footage on the video only showed the three women struggling to get a difficult patient dressed.

If your loved one is currently a resident at a nursing home or long term care facility, pay close attention to not only their condition, but also the care they are receiving. Your attentiveness is crucial to your loved one’s continued safety at a nursing home. If you are worried that the care they are receiving is indeed negligent or abusive, contact the Mininno Law Office for a free case evaluation. You may also call for a free consultation at (856) 833-0600 in New Jersey or (215) 567-2380 in Philadelphia.