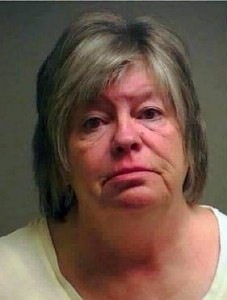 Some caregivers and nurses use medications as a way to calm their patients and make them easier to handle. As nursing home abuse lawyers, we see many cases of abuse where overworked and frustrated care workers abuse and neglect their patients in many different ways. Marty Himebaugh, 60 years old, has pleaded guilty to felony criminal neglect for overmedicating residents and giving patients medications they had not been prescribed. Prosecutors have dropped five other felony counts against the former nurse after her guilty plea, but she still faces up to three years in prison. She admitted to giving the anti-anxiety medication Ativanto an agitated male resident who had not been prescribed the medication by a doctor.

In 2006, authorities began investigating the nursing home facility where Himebaugh worked after six resident deaths involved overdoses of morphine. In 2008, Himebaugh and her former supervisor, Penny Whitlock, were charged due to their connection with the nursing homes. Neither were charged with causing any of the patient deaths.

In 2009, Himebaugh’s nursing license was suspended by the state. This year, Whitlock was acquitted of charges that she allowed Himebaugh to overmedicate her patients and that she tried to obstruct the investigation by ordering an employee to destroy drugs she kept in her desk. Although she denies using the phrase, according to reports Whitlock nicknamed Himebaugh the “Angel of Death” because of the way her patients died.

According to Himebaugh’s attorney Sam Amirante, “She really felt she did the right thing.” He will be pushing for Himebaugh to be placed on probation, saying that “It’s been a long haul for her. She wanted to get this over with and go on with her life.” But the relatives of the patients that died because of Himebaugh’s actions are upset with the plea deal. “We’re saddened she didn’t have to face trial on all the charges, we’re gratified she admitted some of her guilt,” said Steven Levin, who represents relatives of 78-year-old Virginia Cole.