Nursing home neglect comes in many forms and one of those forms is medicine. Most of the time, medicine is used a chemical restraint. Over sedation can cause residents to become “easier to deal with.” However, other times, caretakers could be abusing prescription medications, and taking doses from their patients. Heidi Soland, 30, who used to work as a nursing assistant for the Broen Memorial Home in Fergus Falls, Minnesota has been charged with theft and neglect after allegedly stealing nine painkiller patches from patients in the home. She stole the Duragesic patches, a powerful narcotic, from four mentally and physically impaired patients. Staff members at the home said that they began to notice patches going missing last October. According to the Broen Memorial Administrator John Zwiers:

“We monitored when we placed them and when we take them off … noticed that some were taken off when they weren’t supposed to be … we came up with one suspect, and we called the police.” 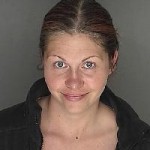 Soland was given a criminal neglect charge to for each victimized patient, along with a possession charge for the drug. Soland pleaded guilty in May to one felony theft and criminal neglect charge, and the rest of the charges from the incident were dropped. She was sentenced to 120 days in jail and was credited for 67 days served. She must also complete five years of probation.

It is always a shame when a person who is employed to care for a vulnerable elderly person takes advantage of their position for their own benefit. Soland neglected the needs of her patients by not giving them the painkillers that they needed and then abused her position by stealing the narcotics for herself. Zwiers said:

“In my 10 years, this is the first time that we’ve had somebody taking drugs like this … (People) stealing narcotic drugs will be prosecuted, and I think that people need to know that. And that is the way that we can stop it from moving forward in the future.”

If your loved one is being taken advantage of, not given the medications they need, or you believe the care they are receiving is abusive or negligent, you should contact the Mininno Law Office for a free case evaluation. You may also call for a free consultation at (856) 833-0600 in New Jersey, and (215) 567-2380 in Philadelphia.