Victor Bruscato was assigned to a psychiatrist, Dr. Derek Johnson O’Brien, in 2001. The doctor placed his patient on anti-psychotic drugs which were believed to be helping to manage sexual impulses and certain violent tendencies. Unfortunately, in 2002, Dr. O’Brien elected to discontinue the use of two powerful medications in an effort to rule out the possibility that Bruscato was developing a dangerous syndrome. Medical malpractice attorneys say that the man began having violent nightmares and claimed that he was getting direct orders from the devil to do bad things. 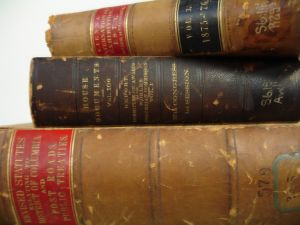 In August of 2002, Bruscato smashed his mother, Lillian Lynn, in the head with a battery charger and then stabbed her 72 times which resulted in her death. He was charged with murder but due to his psychological state, he was found to be incompetent to stand trial and he was committed to a mental institution. His father, Vito, then sued the doctor for medical malpractice because he believes that his son never should have been taken off of the medication. A judge at the trial court level ruled in favor of the psychiatrist but a divided state Court of Appeals elected to overturn that decision and allowed the case to proceed to trial.

Now, medical malpractice attorneys say that the case is in the hands of the Georgia Supreme Court. This is no easy decision and lawyers and judges have been fighting over this issue for years. The plaintiff argues that the doctor’s negligence, in canceling certain medications, led to the man becoming psychotic and killing his mother and therefore the father should be entitled to damages. On the other hand, the defense believes that there is no way that blame for this woman’s death should be shifted to a doctor. The attorneys fighting for the defendants continued by saying, “a person should not be able to sue for recovery of such a wrongful and immoral act.” It is clear that the actions of Victor Bruscato were wrong and repugnant but the question is, was this outcome foreseeable to the physician who had been treating him for over a year? If these violent tendencies were obvious to the doctor, there was no way that the patient should have been taken off of this medication.