As nursing home neglect attorneys, we often write about how many cases of abuse go unreported. Sometimes, the elderly person being abused is too afraid or unable to speak up about what is going on. Other times, the nursing home is covering for the abuser. Whatever the reason, it is always a sad situation when a vulnerable person is being taken advantage of. It is nice when we get to write about a case where justice was served and the abuser is punished. 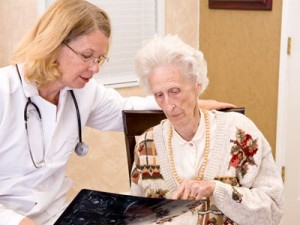 After almost two weeks of trial, a jury awarded the family of Dorothy Douglas a total of $91.5 million in damages. The jury found that the facility and the staff failed to feed and care for Douglas and indirectly caused her death. Dorothy Douglas suffered from Alzheimer’s disease, dementia, Parkinson’s disease and several other conditions. Prior to moving into a nursing home, while Douglas was living with her son, her heath had improved. She could speak, walk and recognize loved ones. But in 2009, during the short three-week period when Douglas was a resident of the Heartland of Charleston nursing home, her health deteriorated. When she was transferred to the Heritage Center nursing home, she had lost 15 pounds, was dehydrated and unresponsive. The day after she was transferred, September 24, 2009, Douglas died at the age of 87 at the Cabell Huntington Hospital.

According to the family attorney, Lance Reins, Heartland of Charleston’s biggest problem was staffing. In 2009, the employee turnover rate was 112%. “They were losing more people because they weren’t even staying through orientation when they saw the conditions,” Reins told the jury. Several former employees testified at trial to the poor staffing conditions. From February 2010 to April 2011, state inspectors cited Heartland of Charleston for 28 deficiencies, which is more than double West Virginia’s average of 13.