As nursing home abuse lawyers, we hear about a lot of abuse and neglect cases, but sexual abuse is always the most disturbing. Sexual elder abuse is an unsettling problem happening far too often in nursing homes and with in-home aides. Workers hired to care for this vulnerable population are taking advantage of the disabled and elderly. These workers often prey on those who cannot speak up for themselves and defend against the sexual assault, making it very hard to discover and/or prove.

Man Gets Ten Years Probation for Sexual Assault of Elderly 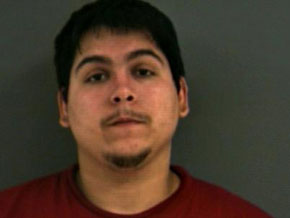 Telesforo Vasquez III, 25, was facing counts of attempted sexual assault and injury to an elderly person, but was given ten years of probation during an August 22 hearing. On November 24, 2010, Vasquez reportedly exposed himself to a 91-year-old female resident of the Castle Pines nursing home in Lufkin, Texas where Vasquez worked. He directed the elderly woman to touch him sexually, but when she refused he pushed her down causing injuries to her hip and buttocks. Part of his probation includes restrictions that say he cannot work in a nursing home, hospital or rehabilitation center.

This behavior is unacceptable. As nursing home abuse lawyers, we wish this man had received a greater punishment than probation. Even though he is not allowed to work in any form of caregiver position, he is still free to sexually assault someone else. It is good that he will be supervised and not let go completely, but we hope that the probation deters him from performing any form of abusive behavior again.

If your loved one is currently a resident of a nursing home or care facility and you witness or suspect any form of inappropriate or abusive behavior from the staff, you must report it. If you feel uncomfortable reporting negligent or abusive care to the nursing home, contact the Mininno Law Office for a free case evaluation. You may also call for a free consultation at (856) 833-0600 in New Jersey, or (215) 567-2380 in Philadelphia.