An unidentified 83-year-old woman was seriously injured in May 2011 outside of the Ambrosio Guillen Texas State Veterans Home in El Paso, Texas in a case of nursing home neglect. The woman was smoking in her wheelchair right outside the front entrance of the facility when the cigarette fell out of her hand and onto her clothing, which burst into flames. Fortunately, a staff member saw the flames and ran outside, took his shirt off and put out the fire. The woman suffered first and second degree burns on her hands and face.

Residents Not Supervised While Smoking 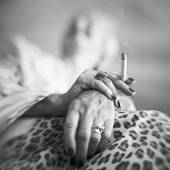 According to the fire department, facility workers wheeled the woman outside daily so she could smoke by the entrance of the building. The residents were allowed to smoke in that area of the nursing home. But it was not required by the home that the residents be supervised while they were smoking. According to Jim Suydam, spokesman for the Texas Veterans Land Board, an entity that runs the El Paso facility, since the woman did not suffer from Alzheimer’s disease, she did not need to be under constant supervision.

This is not an adequate reason for this woman to have been left alone while smoking. Patients with Alzheimer’s and dementia do need to be monitored much more than other patients, but there are numerous other conditions that could have made it unsafe for this woman to be smoking alone. Besides the obvious health risks of smoking, especially once you get older, it is unsafe and negligent for the facility to allow their residents to be alone while holding something that could cause them to catch on fire. Even if the resident did not require constant supervision, she should have been monitored while holding a lit cigarette.

If your loved one is currently a resident of a nursing home or care facility and you are worried that they are not being monitored enough or the care they are receiving is negligent, abusive, or inadequate, contact the Mininno Law Office for a free case evaluation. You may also call for a free consultation at (856) 833-0600 in New Jersey, or (215) 567-2380 in Philadelphia.