There are many excellent nursing home and long term care facility workers. Unfortunately, the bad ones overshadow the good ones with the abusive and neglectful treatment that they give the elderly residents they are supposed to care for. As nursing home neglect lawyers, we hear all different types of abuse ranging from the horrible cases that end in serious injury and even death to cases where the staff takes advantage of their power or the vulnerable elderly residents through inappropriate behavior.

CNAs Shared Cellphone Photo of Resident with Other Staff Members 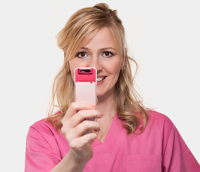 The Colonial Hills Nursing Center in Tennessee has undergone an investigation after two certified nursing assistants took an unauthorized photo on a cell phone of a resident and then forwarded the photo to “an undisclosed number of staff members” and one of the CNA’s teenage daughter. On July 22, the shoulders-up, fully clothed photo was taken after a clean brief fell on the resident’s head. They took the photo because they found the incident “humorous” and “endearing.” The picture was said to be blurry and the resident was not clearly identifiable. Both CNAs were fired and the facility was fined $6,000 from the state and $4,550 a day from the Centers for Medicare and Medicaid Services until the violations are corrected. According to the report, the incident was “a violation of dignity” and the facility failed to protect the resident, enforce policies against employees using cellphones in patient areas and taking photos in the home, and to properly investigate the incident. The state suspended admissions to the nursing home after inspections found more violations. The facility submitted a plan for correcting their problems and the state lifted the suspension.