89-year old Gwendoline Gleeson died as a result of nursing home neglect in August 2010 while a resident of the Barrabill House nursing home in Seymour, Australia where she had lived for ten years. Mrs. Gleeson was put in a restraining belt and placed on the toilet. She was then forgotten until the staff found her two hours later dead from a heart attack. Mrs. Gleeson was placed on the toilet about 2:45pm by staff from the morning shift. A staff change occurred around 3pm and the afternoon staff was unaware that she was left alone. No one found Gleeson  until 4:40pm. Mrs. Gleeson had previous heart problems, was diabetic, and had early dementia, but there was no physical reason she needed the restraints while using the bathroom. The staff used the restraints so they did not have to supervise her and could go and do other tasks.

Son Outraged He Was Not Given Details of Mother’s Death 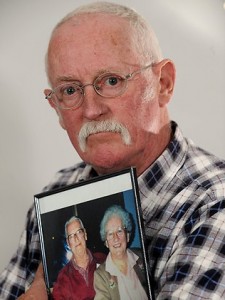 James Gleeson, Gwendoline’s son, is very upset because he just recently found out the details of nursing home neglect involved in his mother’s death. He had previously assumed that she was left alone for a few minutes, not two hours. “I don’t want this to happen again to anybody … mum has passed away and I find out 12 months later what has happened and she was left tied to a toilet,” Mr. Gleeson said. He is angry with the facility for keeping him in the dark about the whole situation. He was unaware that restraining belts were even used on his mother. The care plan that was made for Mrs. Gleeson had no authorization for the restraints and stated that she needed to be supervised while on the toilet.

It is very important that you make frequent and unannounced visits to  your loved ones in nursing homes in order to ensure that their care plan is being carried out. If you notice anything strange or below your standard of care you need to bring it to the attention of the nursing staff. Mrs. Gleeson’s death may have been able to be prevented if the staff had gotten her to a hospital right away. There was no reason for her to be left alone for that long. Communication between the morning and afternoon shifts needs to be better handled.

If your loved one is currently a resident of a nursing home or care facility, pay attention to the quality of equipment and nursing staff. If you are worried that the care they are receiving is negligent, abusive, or inadequate, contact the Mininno Law Office for a free case evaluation. You may also call for a free consultation at (856) 833-0600 in New Jersey, or (215) 567-2380 in Philadelphia.