Medication is another method that caretakers often use to control or abuse their elderly patients. Sometimes, medications are used to restrain patients and make them less difficult to deal with, but nurses and caretakers have also abused their power by taking prescribed medication for themselves. The elder abuse lawyers of the Mininno Law Office want to warn about this form of abuse because it is both a criminal act and neglect of the patients who need those medications. These caretakers are abusing their position for their own gain which can not be tolerated. 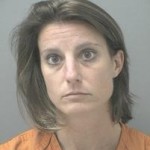 Amy M. Armstrong, 40, a hospice nurse in Woodstock, Georgia, is being charged with stealing medication from an elderly patient. After a family member went to the authorities with the possible theft of narcotic painkillers, agents with the Cherokee narcotics squad used video to catch Armstrong taking the pills from a patient. The agents then found more pills, including pain killers and anti-depressants, in her possession. She was arrested on August 23, 2011 and charged with two counts of felony theft by taking, two counts of elder abuse, two counts of possession of a schedule II controlled substance, and a single count of possession of a schedule III controlled substance. Armstrong is being held at the Cherokee Adult Detention Center under a $75,000 bond.

If your loved one is being taken advantage of, not given the medications they need, or you believe the care they are receiving is abusive or negligent, you should contact the Mininno Law Office for a free case evaluation. You may also call for a free consultation at (856) 833-0600 in New Jersey, and (215) 567-2380 in Philadelphia.