A jury awarded Amy Garcia, 29, and her medical malpractice lawyers
$2.5 million in her lawsuit against St. Joseph Mercy Hospital in Ann Arbor, Michigan. In 2007, Garcia suffered a miscarriage and lost her 14-week fetus. Dr. Norman Gove, an obstetrician and gynecologist, told Garcia she needed a dilation and curettage procedure. He told her it was a routine procedure and she would “be home by lunch.” “I was assured by the doctor that the procedure would be quick and that I would be out quickly,” said Garcia. 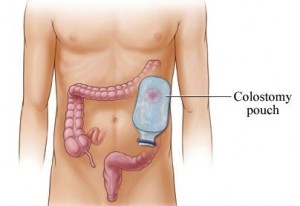 Unknown to Garcia, a resident physician performed the procedure and dilated Garcia’s cervix and the uterus was then perforated. Dr. Gove did not properly supervise the resident. When ring forceps were inserted through the perforated uterus in order to remove the fetal remains, he grabbed a piece of bowel that snapped back. As a result of the mistake Garcia’s rectum and bowel were torn. Garcia then required an Ileostomy, where they created an opening on the surface of her skin to pass intestinal waste that is collected in a bag worn outside of her body. She wore this bag for three months after the procedure. She lost part of her bowl and rectum and still suffers from pain, scarring, and altered bowl patterns.

When asked if she knew a resident was going to perform the procedure, Garcia said:

“When the procedure was taking place I was only aware of Dr. Gove performing it. I was shocked to discover the resident had taken over after the procedure had taken place…I definitely now give more thought to the term ‘routine procedure’ and I urge anyone to think twice when being told the same. I know resident doctors need to learn, but when I have a choice I don’t think I would ever let another one perform any type of procedure on me after what happened.”

If you or a family member have recently been the victim of medical negligence, it is possible that you would like to speak with our medical malpractice attorneys. Please contact the Mininno Law Office for a free case evaluation, or call for a free consultation at (856) 833-0600 in New Jersey, or 215-567-2380 in Philadelphia.