Michael Jackson’s former doctor, Conrad Murray, was found guilty in a criminal courtroom for the death of the former pop icon. However, the litigation surrounding the death of Michael Jackson’s death is just now getting underway. Medical malpractice attorneys will now fight in civil courtrooms for money damages caused by the negligence of the doctor. The guilty verdict set down by a Los Angeles jury has not settled any of the potential civil liability that could still face Murray. Joe Jackson, and the Jackson family, will now seek another verdict before a new host of jurors. 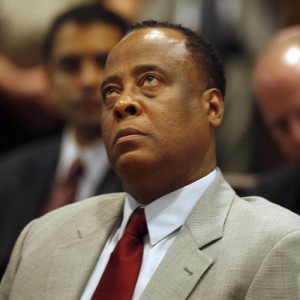 Brian Oxman is the medical malpractice attorney who was selected by Joe Jackson to represent him in the wrongful death lawsuit. Oxman was quoted as saying that his civil suit “will absolutely focus on what happened before the last few hours of Michael’s life”. Oxman is working together with other medical malpractice attorneys, such as Charles Peckham, Murray’s lawyer, to possibly bring in other doctors who treated Michael Jackson. One of these other doctors who may be caught up in the future litigation is Jackson’s former dermatologist, Arnold Klein. The medical malpractice attorneys representing Murray strongly believe that because the focus of the criminal trial was solely based on Murray’s interaction with Jackson, the result failed to show who may have been truly culpable. Peckham said that the focus of the criminal trial revolving only around Murray “severely restrained testimony that would have pointed to Dr. Murray’s innocence”. Medical malpractice attorneys expect this litigation to be lengthy and complex due to the number of potential parties and the high profile of the victim. The Jackson family is seeking money damages due to the death of Michael which would require a finding of medical negligence by a jury.