Erin Webster, a Pennsylvania woman, was recently awarded $525,000 in a medical negligence lawsuit after a surgical sponge was left in her abdomen following a cesarean section. Medical malpractice attorneys say that the lawsuit was brought against Lower Bucks Hospital, Dr. Richard Turner, and two nurses, Megan Blatcher and Laura Tedesco. The jury found the hospital and the two nurses liable, while they determined no liability should be placed on Turner. 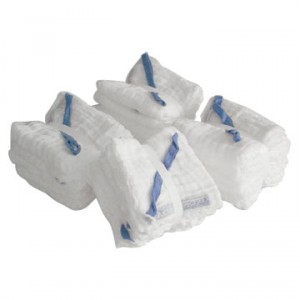 After the laparotomy sponge was left in Webster, she suffered from a severe infection, bowel perforation and obstruction, digestive problems, and intense abdominal pains. These extreme pains and symptoms led to the discovery of the sponge a long two months later. Webster finally was forced to undergo another surgery to remove 16 inches of her bowel, but her medical problems were still not completely solved. These issues could have likely been avoided if these two nurses did not fail to properly count the medical equipment before and after surgery.

Although leaving a laparotomy sponge inside of a woman is a rare case, it is very serious and potentially deadly. In 2003, the New England Journal of Medicine reported that there were approximately 1,500 cases per year of sponges or other surgical tools being left behind inside a patient after an operation. There are a number of precautionary measures that can be taken to avoid the tragedy and pain that Webster experienced.Medical malpractice attorneys believe that sponge counting, tracking bar codes, and radio-graphic screening are just some of the options that can greatly decrease the potential of surgical instruments being left inside patients.

Most states have elected to extend the statute of limitations in these sorts of cases to allow victims to bring medical malpractice complaints longer down the road because detection can be somewhat difficult. Medical malpractice attorneys believe this extension shows that states recognize the extreme danger that patients may be in while undergoing a procedure and they want to preserve their ability to bring a lawsuit in a court of law.

If you or a loved one have recently been victimized by medical negligence, it is possible that you would like to speak with medical malpractice attorneys. Please contact the Mininno Law Office for a free case evaluation, or call for a free consultation at 856-833-0600 in New Jersey, or 215-567-2380 in Philadelphia.