The Central Coast Nursing Center, a Santa Barbara, California area nursing home, faces hard times after state officials have discovered an array of health and safety violations. Additionally, two former employees have been arrested on sexual battery and elder abuse charges. The facility has recently changed owners in an effort to fix old problems and rebuild their reputation as a quality facility. As nursing home abuse lawyers, we see facilities change ownership frequently. Sometimes, this causes crucial elements of care to slip through the cracks, allowing residents to suffer. But, as is often the case, change can also be for the best, and new owners committed to fixing the problems in a negligent nursing home is definitely for the best of the residents and their families. 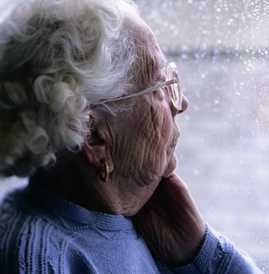 Brian Watt, a 29-year-old sex offender and former certified nursing assistant at the facility, was arrested on September 9. He was charged with felony lewd act upon a dependent adult, felony sexual battery on an institutionalized victim, and misdemeanor dependent adult abuse for an incident that occurred on September 4, 2010. If he is convicted on all of these counts, he may face up to six years in jail. The other former employee of Central Coast facing charges is 32 year-old Hugo Rendon, who was arrested on October 6 and charged with four misdemeanor counts of battering an elder for two separate incidents that occurred on May 13 and May 17, 2011.

Compass Health, Inc. took over control of Central Coast Nursing Center on September 1, 2011. The new parent company operates six other nursing homes and has a very good record. Their challenge now is to clean up the facility’s problems and establish a new reputation through high quality service. Compass Health’s Chief Operating Officer Darren Smith explained that the problem with the old owner was that they were “not consistent” and there was “little experience or understanding” among the officials. “We want to create an atmosphere of respect and appreciation for the business that’s being operated here,” said Smith.