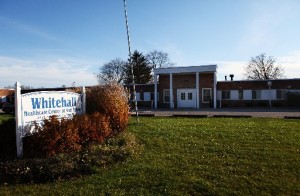 Last month, our nursing home abuse lawyers wrote about a facility in Ann Arbor, Michigan where maggots were found in a patient’s catheter. The staff of the Whitehall Healthcare Center of Ann Arbor was told to document the incident as “debridement,” which is a term that means dead tissue, not maggots. Now, three former employees of the facility have sued the home and parent company, claiming that they were fired for reporting the abuse. The state came to the home after one of the former certified nursing aides filed a complaint due to a patient fall. When the investigators were visiting the facility, all three of the aides told them about the maggots. Nikenda Morton, Wanda Mosley and Latasha Bryant are seeking relief under the state’s Whistleblower Protection Act, asking for a jury trial and seeking unspecified compensatory damages for economic injury, including loss of employment, mental and emotional distress, humiliation, all attorney fees and court costs.

According to the lawsuit that was filed on November 22, the nursing home also suspended and eventually fired two nursing assistants, a nurse, and a nurse manager in order to prevent them from participating in the investigation. They also tried to hide a resident’s fall and injuries that resulted from the resident’s family and state officials by telling Morton to not write a report on the incident. Despite their efforts, the investigation was completed and the state found that the Whitehall Healthcare Center failed to

“provide appropriate hygiene and catheter care to a resident whose vaginal area became infested with maggots: failed to supervise two residents in wheelchairs, both of whom were injured as a result; failed to provide a sanitary, comfortable and orderly interior; failed to adequately monitor the fluid intake and output for a patient who became dehydrated; failed to maintain complete staff personnel files and complete required certification, license and background checks.”

According to state officials, these problems have all since been corrected.

If your loved one is a resident at a nursing home or long term care facility and you believe that the care they are receiving is negligent or inadequate, contact our professionals for a free case evaluation or consultation. Contact the Mininno Law Office by phone at (856) 833-0600 in New Jersey, or (215) 567-2380 in Philadelphia.