Financial elder abuse is unfortunately becoming more prevalent as the economy worsens. People in low paying caretaker jobs are becoming more desperate and see stealing from the elderly patient that they care for as an easy way out of their financial problems. Stealing from a vulnerable elderly or disabled adult is a horrible crime and should not be tolerated. 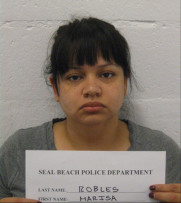 Marisa Robles, 31, faced 92 counts related to theft, fraud and elder abuse and pleaded guilty to 32 counts of fraud and elder abuse this month. Robles used her access to the 81-year-old man’s financial documents to write checks to herself and sign his name. According to Deputy District Attorney Barrie Pink, “She started small to see if she could get away with it,” first forging checks for $500 but then quickly began writing them for larger amounts up to $10,000. Robles stole up to $300,000 from the elderly man.

Robles was not just stealing from the man’s personal accounts. The victim has a foundation that gives money to help less fortunate girls in third would countries to better themselves through education. “She stole from him, and she stole from what his foundation does,” said Pink.

After her arrest, Robles kept saying, “Can’t I just pay it back.” But by the time of the arrest, Robles did not have any of the $300,000 left. At an August 17th hearing, Robles will be asked to repay all the money she took.

If your loved one is being taken advantage of financially, or you believe the care they are receiving is abusive or negligent, you should contact the Mininno Law Office for a free case evaluation. You may also call for a free consultation at (856) 833-0600 in New Jersey, and (215) 567-2380 in Philadelphia.