As elder abuse lawyers, we want to warn the elderly population and their loved ones of the many people who prey on the elderly because they see them as an easy target. The elderly can be vulnerable and too trusting, at times, of people who do not have the best intentions. We have seen many cases where strangers befriend the elderly and make promises that they have no intention of keeping in order to rob them of any and all monies, savings, and belongings. This is a serious problem that is happening far too often. Keep an eye on your loved ones’ finances and remind them to be careful of who they give their personal information.

Man Cons Elderly out of $100,000 After Promising Home Repairs 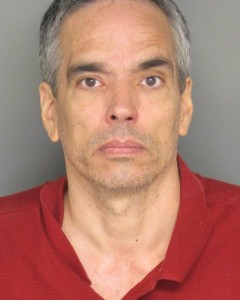 Timothy Ralph Carrillo, 49, has been convicted by a California jury and sentenced to 35 years in prison for stealing more than $100,000. Carrillo has been convicted of 24 counts, including financial elder abuse, residential burglary, grand theft and contracting without a license. From 2006 to 2008, Carrillo convinced nine people, mostly elderly with some in their 80s, to pay him in advance for home repairs such as painting, window replacement, and roofing. He then disappeared and never did any of the promised repairs. The victims testified during trial that their losses ranged from $1,260 to $65,000. One of his victims borrowed $65,000 on an equity credit line and was told by Carrillo to pay $50,000 to his “partner” for supplies. But the third man was actually someone Carrillo owed money for a gambling debt.

Carrillo has prior felony convictions for commercial burglary, grand theft, driving under the influence, and obtaining money by false pretenses. Because of his record and California’s three strikes law, Carrillo’s sentence was twice as long as what it would have been. According to Judge Russell Scott, “Based on the defendant’s character … he does clearly fit the purpose of the three strikes law.” Judge Scott went on to tell Carrillo “You’re a predator. I don’t know if anybody’s ever said that to you…Here you are preying on the elderly … and you don’t care.” Carrillo was convicted in 2009 in Texas of similar cases of cheating the elderly and sentenced to 25 years in prison. He will serve his 35 years in California after he has completed his time in Texas.

If your loved one is currently being taken advantage of financially, or they are a resident of a nursing home or care facility and you are worried that the care they are receiving is negligent, abusive, or inadequate and want to speak with elder abuse lawyers, contact the Mininno Law Office for a free case evaluation. You may also call for a free consultation at (856) 833-0600 in New Jersey, or (215) 567-2380 in Philadelphia.