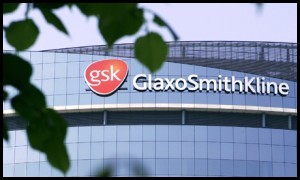 An article published by the New York Times speaks of the $750 million settlement the British drug company GlaxoSmithKline has agreed to pay to end a number of civil and criminal complaints regarding knowingly defective medicines they put on store shelves for years. Such defective products include contaminated diaper cream, and an inaffective antidepressant. Twenty other medicines were sold with “questionable safety,” including the diabetes drug Avandia, the heart drug Corteg, and the acid reflux drug Tagamet.

The article goes on to say:

“[New lawsuits] have asserted that drug makers misled patients and defrauded federal and state governments that, through Medicare and Medicaid, pay for much of health care. Using claims from industry insiders, federal prosecutors are not only demanding record fines but are hinting at more severe actions”

Fortunately, no patients were known to be sickened by the defective medicines, however, that does not mean that none were. The cases would be very difficult to trace. Glaxo’s offenses were exposed when former quality assurance manager Cheryl Eckerd came forward with knowledge of the company’s wrongdoings. Thanks to laws that encourage this “whistleblowing,” Eckerd could receive as much as $96 million dollars from the federal portion of the settlement.

Glaxo wronged millions upon millions of consumers by knowingly putting defective and potentially dangerous products on the market. Unfortunately, they are not the only company to indulge in this kind of business practice.
If you or a loved one have been affected by a defective product of any kind, contact the Mininno Law Office for a free case evaluation or call for a free consultation at (856) 833-0600 in New Jersey, or (215) 567-2380 in Philadelphia.

Our New Jersey and Pennsylvania defective product attorneys are prepared to work for you and get you the compensation you are owed.