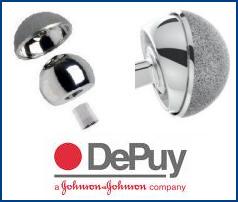 What is known is that the recall affects the ASR XL Acetabular System, which is used for total hip replacements, as well as the ASR Hip Resurfacing System, which is used in a newer kind of procedure involving bone conservation.
The ASR Hip Resurfacing System has not yet been approved in the United States, but according to Johnson & Johnson, some patients may have gotten these implants through a clinical trial when the company was seeking FDA approval for the hip implants.

Therefore, one of the first things a patient needs to determine is whether or not they have a total DePuy Orthopaedics hip replacement system, or the DePuy ASR hip resurfacing system. A combined total of about 93,000 of the total hip replacement system devices have been implanted worldwide. Presently, the data shows that only 1 in about 8 of these hip replacements have caused patients symptoms, and have required correction.
However, since the symptoms of a defective hip implant may mimic other symptoms, many patients do not yet know whether or not their implant is defective. Many patients are insisting that they get corrective surgery now, before these defective implants cause signs and symptoms, to prevent future problems such as microscopic metal particles in the bloodstream.

So, while the data does not suggest that all DePuy Orthopaedics Hip Implants are defective, it simply is too soon to come to a final conclusion about the number of patients who will have symptoms related to these defective implants.

If you have any concerns regarding a DePuy Orthopaedics implant, you should contact your orthopaedic surgeon or family doctor.
If you want to know what your rights are regarding these recalled hip implants, contact the Mininno Law Office. Our NJ and PA DePuy Hip Implant Recall Lawyers are prepared to answer your questions and earn you any and all compensation that you deserve. You may call the Mininno Law Office for a free consultation at (856) 833-0600 in New Jersey, or (215) 567-2380 in Philadelphia.