The state of Florida has recently passed significant restrictions on an injured patient’s ability to seek lawsuits against medical professionals within the state. With the stronger regulations, medical malpractice attorneys are now faced with a much more difficult road to seek justice and a fair outcome for their clients. Limitations on potential damages and restrictions on plaintiffs’ ability to call expert witnesses may handcuff attorneys and their injured clients in seeking a fair result. 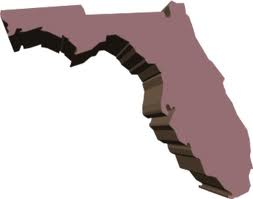 Throughout the past decade, Florida has been seeking solutions to keep quality doctors within the state. The lack of major liability in medical malpractice lawsuits will be a major motivating factor for physicians when they ultimately select a location to practice. If doctors can decrease their financial outlay on insurance and other means to protect themselves against lawsuits, they will see a significant increase in their profit margin. The state had worried that they lagged behind much of the nation in recruiting and maintaining specialty doctors in fields such as orthopedics and neurology.

Clearly, it is a major state interest to have a strong medical system with top notch doctors. The problem arises when seriously injured patients are not able to receive the full and fair amount in damages. The debate will rage on when patient interests are examined under a microscope. If people are seriously injured due to major medical malpractice, it does not seem fair to limit their ability to pursue a jury trial, a right guaranteed under the Constitution of the United States of America. This legislation may or may not increase the quality of medical care within the state of Florida, but it will definitely limit the ability of innocent victims of malpractice to seek a fair outcome through the legal process.

If you were recently the victim of medical malpractice and you believe you may be entitled to compensation, it is likely that you have some questions. Please contact the Mininno Law Office for a free case evaluation, or call for a free consultation at 856-833-0600 in New Jersey, or 215-567-2380 in Philadelphia.

Let the medical malpractice attorneys at the Mininno Law Office earn and/or you’re family the compensation you need and deserve.

One case involved the estate of Carolyn Champlin, a 66 year old woman who lost her life to a missed lung cancer diagnosis. The missed diagnosis prevented Champlin from ever receiving treatment for her illness, even though she had all necessary tests and met with both her primary care physician and a thoracic surgeon regularly. Both doctors missed the cancer, as it spread through and ravaged her body. Another case involved a negligent child-birth that resulted in cerebral palsy.

These two verdicts are major wins for medical malpractice attorneys in Pennsylvania who are seeking fair outcomes for their victimized clients. 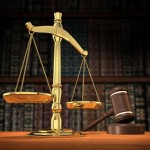 The Champlin verdict came down after a jury deliberated for over six hours, spanning a two day period. The thoracic surgeon, Wilfredo Tan, settled during the jury deliberations, after being found liable for 40% of the total negligence. The jury returned a verdict of over $1.8 million dollars for the plaintiff. The final number was eventually decreased by forty percent because of Tan’s portion, which was dealt with in a pre-verdict settlement. The primary care doctor, Renato Ocampo, was found liable for the remaining 60%.

This major victory came only a day after another Erie County plaintiff received $21.6 million dollar verdict. That damage award was compensation for the botched delivery of Ja’Kareon Graham. Graham was deprived a significant amount of oxygen during labor and was born with cerebral palsy. He will require special care for the rest of his life, and will likely not be able to support himself as he gets older. The verdict was awarded for past and future medical expenses as well as lost earning capacity. IT will be distributed to the Grahams in annuities until 2081. The $21.6 million award was the largest in Erie County history and, coupled with the success of the following day, makes it clear that medical malpractice attorneys are working effectively to earn compensation for the innocent victims of medical negligence.

Medical malpractice attorneys have the enormous duty of fighting for fair compensation when medical professionals fail to act in accordance with their standards of care. It is encouraging to see that two families received some closure after devastating tragedies lead to birth defects and death.

If you or a family member have recently been the victim of medical malpractice or negligence, you may be entitled to compensation similar to the plaintiffs in Erie County, Pennsylvania. Please contact the Mininno Law Office for a free case evaluation, or call for a free consultation at 856-833-0600 in New Jersey, or 215-567-2380 in Philadelphia.