As attorneys representing clients from New Jersey and Philadelphia that have been victims of nursing home abuse and neglect, it is important that we continue to expose those nursing homes that are not performing to the average nationwide standards according to Medicare’s Nursing Home Compare System.
Today we will discuss a nursing home that is located in Camden County, New Jersey. Although this nursing home has not been cited for neglect in the form of bed sore acquirement and treatment issues, like many others, it has many of its own deficiencies according to the New Jersey Division of Health Facilities Evaluation and Licensing.

The Avista Healthcare nursing home, located in Cherry Hill, New Jersey was routinely inspected twice between December 2008 and November 2010. During this time period, 10 separate deficiencies were cited. The nursing home was cited for failing to properly procure and serve food in a sanitary manner. As we have often highlighted in our previous posts, proper nutrition is imperative for good health and bedsore prevention in nursing home patients.

Avista Healthcare nursing home was also inspected seven times for complaints, and cited for five additional deficiencies during these inspections. Failure to be free from hazards and failure to properly implement abuse/neglect policies were among other citations imposed during these inspections. According to the Medicare inspectors, Avista Healthcare nursing home, a for-profit, corporately owned nursing home, was given an overall rating of 1 out of 5 stars. This indicates that the 146 long term bed facility is considered to function in a well below average capacity. A nursing home with this type of overall rating is ripe for cases of abuse and neglect, from accidents to bedsores. It is important that anyone with a loved one in a nursing home with this reputation be watched carefully!

If your loved one is a resident at a nursing home or similar type facility, and you believe that the care they are receiving may actually be detrimental to their health and quality of life, contact the Mininno Law Office for a free case evaluation. You may also with any questions for a free consultation at (856) 833-0600 in New Jersey, or (215) 567-2380 in Philadelphia.
Let the nursing home abuse attorneys at the Mininno Law Office help you protect the best interests of your loved one.

As attorneys with expertise in the area of nursing home abuse in both New Jersey and the Philadelphia, Pennsylvania area, we will continue to inform, via these posts, on some of the nursing homes with average to below average records of care. We do so by researching the assessments by both the New Jersey Division of Health Facilities Evaluation and Licensing, and the Medicare Nursing Home Compare System. This system compares nursing homes across the nation and rates them from 1 – 5 stars.

Today we will discuss a Camden County nursing home that received just one star. This rating indicates that the facility provides below average care and a low quality of life. These types of homes are the most likely nursing homes in which to find victims of nursing home abuse and neglect.

Lakewood of Voorhees Rated with One Star

The Lakewood of Voorhees nursing home is a for profit facility located in Voorhees, New Jersey and has 240 long term care beds. Lakewood of Voorhees was routinely inspected 2 times between December 2008 and November 2010. During those 2 inspections, Lakewood of Voorhees was cited for 35 separate deficiencies. These include citations for failing to keep the facility free from accidents, failing to keep medication errors lower than 5%, failing to properly store/prepare and serve food to the patients, and included other medication related errors. Some of these deficiencies were widespread throughout the whole nursing home with the potential to cause more than minimal harm. These deficiencies can often lead to both nursing home abuse and neglect. Improper medicine and nutrition is not only dangerous, but can also be a factor in acquiring painful and deadly bed sores.

Lakewood of Voorhees was cited in September of 2009 for a drug regimen that fails to be free from unnecessary drugs. As always, to prevent nursing home abuse and neglect from occurring in any nursing home, vigilance is necessary from family members. Often, the patients are too vulnerable and unable to protect themselves. We must serve as advocates for the safety of our loved ones.

If your loved one is a resident at a nursing home or long term care facility and you believe the care they are receiving is negligent or abusive, contact the Mininno Law Office for a free case evaluation. You may also call for a free consultation at (856) 833-0600 in New Jersey, or (215) 567-2380 in Philadelphia.
Let the team of nursing home abuse lawyers at the Mininno Law Office earn you the compensation you need and deserve. 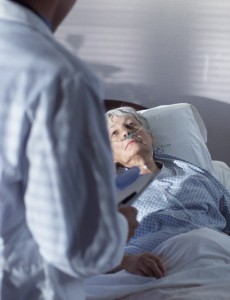 As we continue our series highlighting the below average nursing homes in New Jersey, today we will discuss a facility in Camden County.

As nursing home abuse lawyers, it is always disconcerting to see the amount of local nursing homes with below average ratings. These ratings are based on the Government’s Official Medicare Site, which provides a nursing home compare system for those interested in researching the background of care facilities in their area. This site compares nursing homes across the country and rates their care on a 5 star standard. A five stars rating places the nursing home well above average, and one star considers a facility well below average.

Cooper River West is located in Pennsauken, Camden County, New Jersey. It is a corporately owned for profit institution, yet it rates below average on the Medicare Nursing Home Compare. Cooper River West has 180 long term beds, and during the period between November 2008 and October 2010, it was routinely inspected 2 times. During these inspections, 15 separate deficiencies were sited. Of those deficiencies, one that was shown to affect a few residents had to do with the improper treatment to prevent new bed (pressure) sores or to heal existing bed sores. This was actually cited at the time of both routine inspections. This is a very important deficiency, as bed sores can be both extremely painful and dangerous to the patient.

Additionally, deficiencies were cited having to do with abuse and neglect policies, as well as medication errors over 5%. During this time, Cooper River West also was subject to 8 complaint inspections with a total of 7 deficiencies cited. Serious issues and harm can arise when a patient is in a below average rated nursing home, and it is very important that a careful review and vigilance is had by that patient’s love ones to prevent nursing home abuse!

If your loved one is a resident at a nursing home and you are fearful that the care they are receiving may be harming their quality of life, contact the Mininno Law Office for a free case evaluation, or call for a free consultation at (856) 833-0600 in New JerseyM, or (215) 567-2380 in Philadelphia.

As nursing home abuse lawyers in the Philadelphia and New Jersey area, we are continuing our posts on nursing home and long term care facilities that have had numerous citations arising from their New Jersey Department of Health and Senior Services inspections. Today we are going to discuss a long term care facility that has 186 long term patient beds located in Camden County, New Jersey. The Silver Care Health Center, located on Brace Road in Cherry Hill, has been cited for a number of violations. 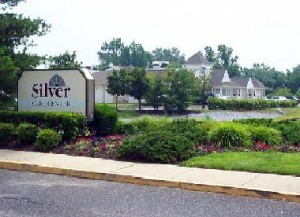 Silver Care Health Center has had two routine inspections in the two year period from November 2008 through October 2010. During those two routine inspections, the Silver Care Health Care Center was cited for 31 deficiencies. The Silver Care nursing home was cited for numerous violations, i.e. life safety code standard violations, housekeeping, drug regimen not being free of unnecessary drugs, and life safety from fire issues. A number of these deficiencies were considered widespread and able to cause more than minimal harm.

If your loved one is currently residing in a nursing home, and you are concerned with the level of care they are receiving, contact the Mininno Law Office for a free case evaluation, or call for a free consultation at 856-833-0600 in New Jersey, or 215-567-2380 in Philadelphia.

Don’t let a negligent nursing home ruin the years that your loved one has left. Get in touch with a nursing home abuse lawyer today.